Who is an Aquarius Child? An “Aquarius child” is considered to be anyone with their Sun, Moon, or Rising sign (Ascendant) in Aquarius, or if multiple planets (3 or more) are in the sign of Aquarius.

While just about any parent thinks there's something special about their child, if you're the parent of an Aquarius child, you'll agree that, in their case, special is an understatement. 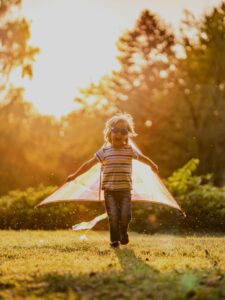 This is perhaps the most human of all the signs, as it's one of the few archetypes that holds the human figure as their primary symbol, the Water Bearer. This means that Aquarius carries both the weight and glory of humanity on their shoulders.

And now, with conversations about the Age of Aquarius knocking at our doorstep, the pressure for Aquarians to achieve something grandiose is on. Still, this is very much part of the whole Aquarian journey: having a vision so big that it seems out of this world.

Innovative ideas and ways of self-expression are just a few of the gifts an Aquarius child has to offer. Yet, it's always important to remember that originality, more often than not, receives some level of push-back before it becomes the next big trend. This is perhaps one of the reasons why Aquarius is said to be ruled by Saturn, the God of Time & Patience.

With any Aquarian story, one must be ready to have the diligence to see an idea through to the end, even if the world seems to ignore it. Because, through time, what was once laughable will be considered genius.

The tale of Astrology Parent-Child compatibility is always more complicated than one would assume. While most internet memes will have you thinking that “x sign” is compatible with “y sign,” the truth is that there's room for every sign to get along. So instead of thinking about whether your Sun Sign or Ascendant is compatible with Aquarius, the best way to ensure rapport is to try and understand who your child really is.

And though this is important for pretty much every Zodiac Sign, the daring—and at times outlandish—Aquarius child will appreciate anyone that takes the time to listen and tries to comprehend their mission. As Astrologer, Herbalist & Columnist for Yoga Journal, Cameron Allen puts it:

“Aquarius need to hone their sense of authority. They need a parent who gives them full authorship of their story.”

As an Air Sign, Aquarius thrives in intellectual spaces, although their Saturnian nature might prefer to learn things on their own terms. Sometimes they may even look like they don't want to be bothered while sinking their head on books or technological devices that help them investigate everything they need to know about one particular subject.

If you're ever faced with this kind of scenario, it's helpful to remember the old aphorism “don't judge a book by its cover.” This is because they may look like they want to be alone, but nothing will brighten their day more than someone wanting to participate or even collaborate with them on any project they're working on.

So if you ever catch your kid drawing a billion different dinosaurs categorized in chronological order, it might not be such a bad idea to join in on their intellectual adventure.

Key Challenges for the Aquarius Child

As a natural-born thinker, Aquarius' brainy nature can be a bit of a double-edged sword if left untamed. The same thirst for knowledge and impulse toward modernism can quickly turn into an obsession.

Beyond being an Air Sign, Aquarius is also of the Fixed modality, representing compacted, dense, and hyperactive minds. They may spend so much time in their own inner world that they need an occasional reminder that their bodies matter just as much as their minds. 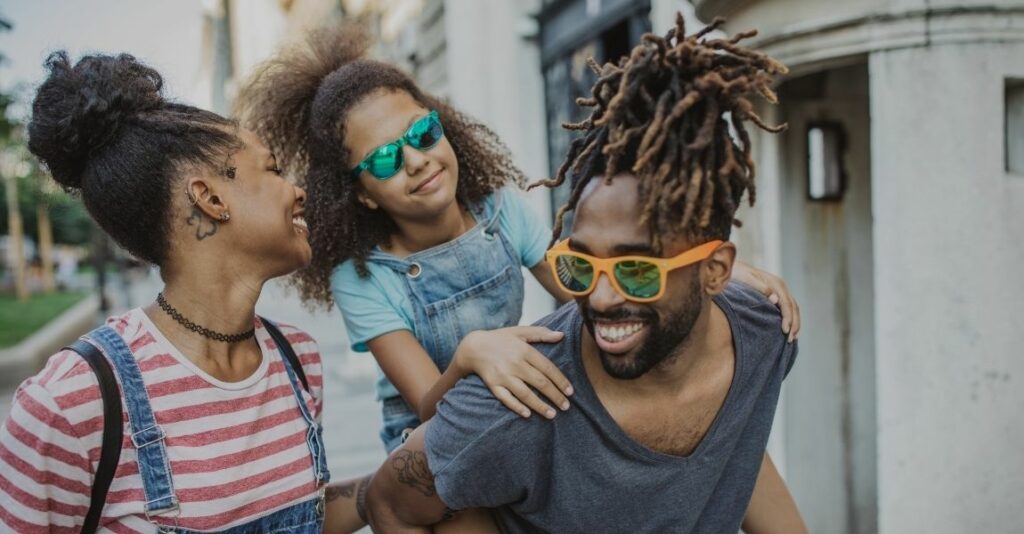 As individuals that tend to be hunched down reading, writing, or creating, their posture could need a bit more attention than any other sign. Cameron Allen's Parenting Tip is to remind your child to keep their books and devices raised so their upper spine can be active. This serves as an incentive for them to look straight ahead, allowing for a better flow of energy and promoting a sense of poise that the Archetype of the Outsider may need to work a little harder to harness.

In addition to that, push your child to be a bit more active, even if all they do is take a couple of jumps with bare feet in the backyard. Practices like these go a long way to help them feel connected to their bodies and the earth beneath their feet.

How To Support Your Aquarius Child

Though we've talked much about the gifts of the Aquarian smarts, we cannot understate the isolation that can also come with that. At the end of the day, every light source casts shadows, and the bigger the light, the bigger the shadow.

“Aquarius is like somebody standing in the corner of a room, and when they're asked questions, it seems almost as though as they're downloading the answers straight from Source”

At one point or another, your Aquarius child may feel left out. Especially since Saturn, the planet of old age is said to be the steersman of your child's life path and story. Sometimes, this can mean that your child may struggle to connect with their peers in their youth. Because of that, it's not uncommon to see Aquarius children who befriend their teachers over their classmates. 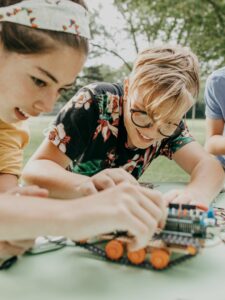 As a parent, it might be easy to only see the positives of that scenario. Who wouldn’t want their child to be so dedicated to their studies? But with that said, it’s good to remember that children can be a little relentless at times, and what to you is a commendable trait, to your child’s classmates it could be a funny quirk that gives them material for jokes and distasteful comments.

Although this is merely children being children with no filter, it’s always good to remind your child that they will find ease and comfort when they create their own crowd and community. Adhering to normalcy is just not where they excel. Instead, they need to create a new normal!

Knowing that, this can also be a great opportunity for you to explore your own innate “weirdness.” Maybe take the time to do some soul searching and find niche topics that only you seem to be interested in.

Even if your child isn’t very engrossed in your eccentricity, you can use that to give them a major life lesson: Everyone has their “thing”. This will make them feel like they’re allowed to venture outside the popular and contemporary, but it will also remind you that it’s okay for their “thing” and yours not to be the same.

Aquarius’ mind can also work in a rather transactional way, so maybe you can strike a deal with them. You join them in their strange activity and they do the same for you! Still, there’s always a chance that your interests might intersect somewhere.

Modern Astrologers often say Aquarius is the sign of the Astrologer, so maybe you can introduce them to this wonderful art and science. Astrology is supposed to intersect everything after all!

So if you’re raising an Aquarius Child…

In this Seeds of Light episode of the Astrology Hub Podcast, Astrologer Cameron Allen and Host Ana Zaharia discuss how to support your Aquarius child. Click here to watch or listen! 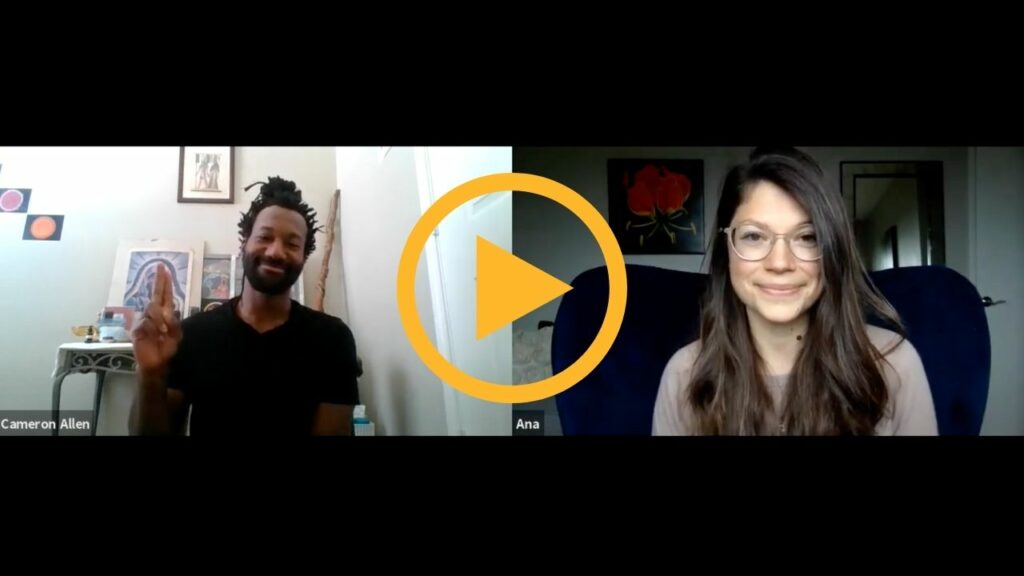 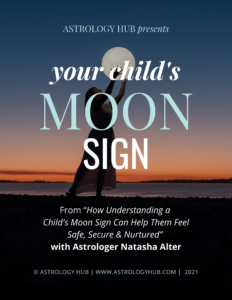 Looking for insights into supporting your child's unique nature?

With this FREE PDF Guide, you'll learn how to help your child feel safe & nurtured, by understanding the temperament, key attributes, and special gifts of their Moon Sign.

This article was written by Joe Santos.

Want to subscribe to The Astrology Hub Podcast? Find us on Apple Podcasts, Spotify, Stitcher, or TuneIn