WORDS TO THE WISE

It brings awareness of time passing and chapters ending, even as it orients us to the future. It stirs optimism and possibility in the midst of somberness.  And instead of resolutions, it encourages making concrete wishes that stand a very real chance of manifesting.

I summarize this Moon's multi-layered energies in my own forecast at Empowerment Unlimited:

“It’s equal turns philosophical, serious, retrospective, optimistic and gung-ho for love and money. All of that is imposing, purposeful and larger than life, almost as if the proceedings are expanding across all time/space. Which they might be, given that the Moon is directly at the Galactic Center.”

“You might find you actually become immune to criticism, and are able to carry on so deep down Pluto's mine that you actually hit the gold. This takes a lot of determinaton and focus, which is just what this Full Moon was made for.”

“The December 2017 New Moon is good for committing to a serious relationship and for meeting someone to share the rest of your life with. This is a new moon for making positive changes without upsetting the structures and routines in your life. You can have the best of both worlds as you leave your past behind and create your new reality.” 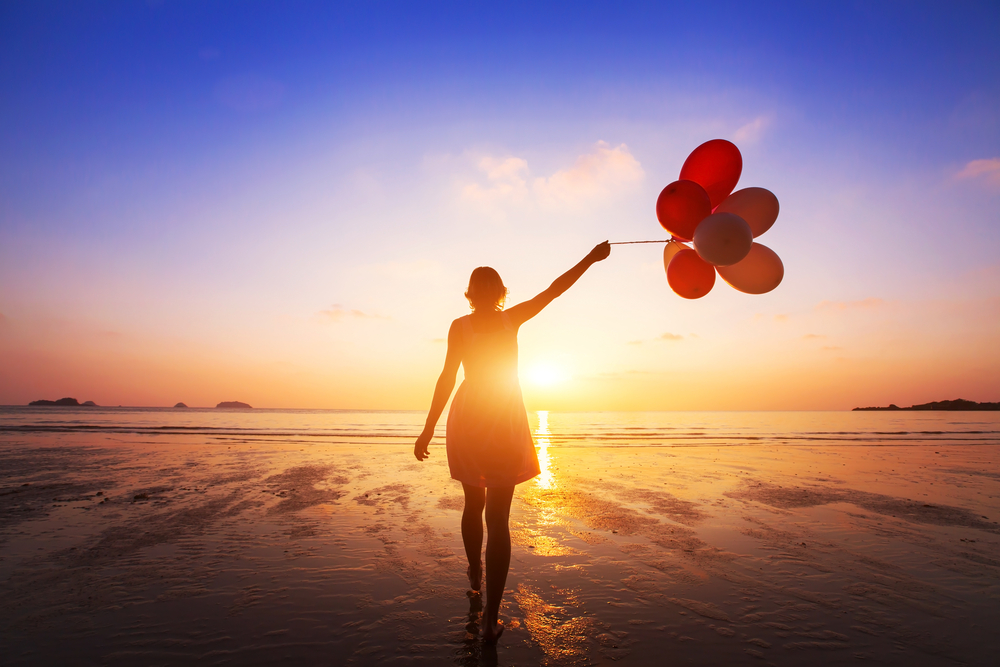 Let's see how astrologers from across the Internet unpack this bag of goodies.

I Feel the Earth Move

The New Moon's ruler is boundless, beneficent Jupiter, currently in Scorpio. He's squaring the North Node of destiny, pushing us all further along our paths. He's also making a sextile, which some call the “the opportunity aspect,” to Pluto in Capricorn.

I explain their interplay:

“Expand your sights and dream bigger is one message of this New Moon. Its ruler Jupiter always likes to escalate the action, and he has a knack as well for silver linings and cause for optimism, good humor and outright laughter. Right now he’s opening a door with cosmic change agent, Pluto. They’re inviting even deeper structural renovations, in foundations, institutions, goals and concepts of security.”

The Moon's closest companion is Saturn, in tight conjunction at at the final degree of Sagittarius. He's ending a three-year visit to that sign and is one day away from going home to Capricorn, where he will stay through 2020.

“This New Moon … feels like Saturn's last hurrah in Sag — new goals/plans will be put in place, and then the energy immediately shifts as you're pushed to get serious and make them visible (Capricorn).”

Saturn is tempering Jupiter's exuberance with a somber, retrospective air. My forecast explores the taskmaster's influence;

“Credit Saturn with the seriousness in the atmosphere, the air of ‘lessons learned' and the sense of endings amid the beginnings that come with every New Moon.

“Attention will naturally turn to what you’ve done with your life since December 2014 – not so much what you have achieved or created, but instead: how your view of reality has changed, the role of concepts like “integrity,” “code of ethics” and “moral compass,” the extent to which you have taken responsibility for, or at least grappled with, the ramifications of the beliefs you espouse and, possibly, your attitude toward / participation in politics.”

Saturn is also imposing his preference for taking his time. That has a double strength because of Mercury nearing the end of his retrograde in Sagittarius. Nadia Gilchrist, Ruby Slipper  Astrology, makes the connection:

“Saturn's proximity will dampen Sagittarius' enthusiasm and add focus to these new beginnings. Options may be limited, and remembering that Mercury will not station direct until Dec. 22, you may not see any progress, initially.” 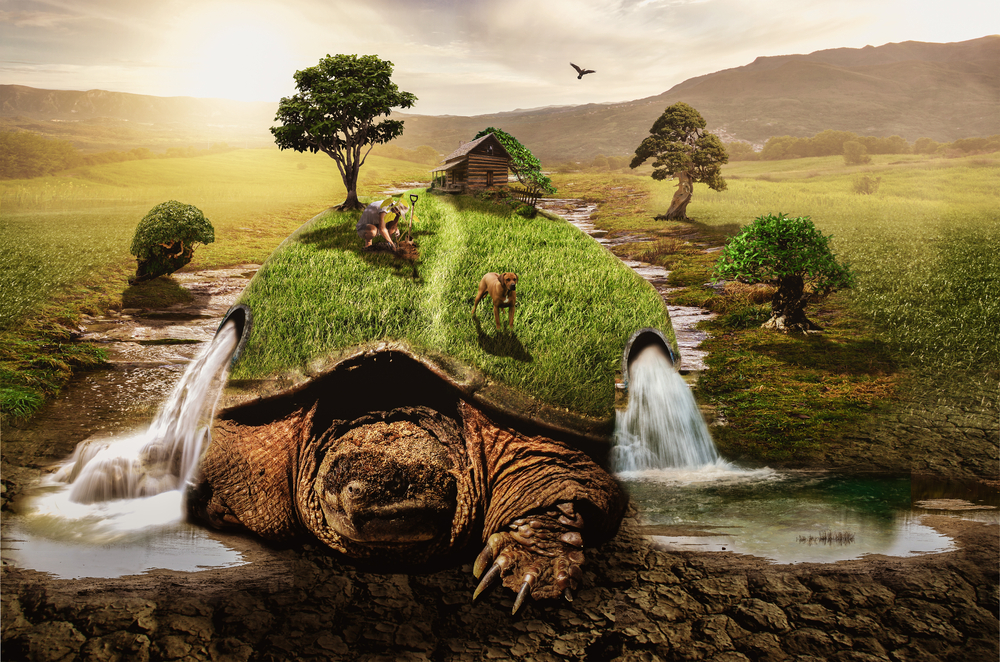 Diligence and stabilizing are in the mix, too, as Jamie Patridge, Astrology King reminds us:

“It is time to stand up and be counted. Hard work, discipline and patience are needed to attend to your duties and obligations. This is a New Moon for achievement, recognition and satisfaction. Taking on more responsibility and acting more responsibly will earn you respect and promotion. Build a strong foundation for the future and make life more stable and secure for you and your family.

Everybody Has a Hungry Heart

This New Moon is not all work and no play. It has heart and, at minimum, talk. Lots of both. My forecast, again:

“The New Moon is also conjunct Venus, goddess of love, money, beauty and all we desire. She has Mercury at her heels, the cosmic messenger whose current retrograde is triggering snarls (ultimately productive), loose ends and do-overs in communication and getting around. The combo promises lots of talk on the love and money fronts – and maybe misunderstandings cleared and visits from ghosts of loves past. ”

It's not idle chatter. This New Moon bodes well for matters of the heart. Says Jamie Patridge, Astrology King:

“New love is possible and would likely have a karmic feel as if you had known them before. A noticeable age difference is possible, or a student-teacher relationship dynamic may develop. Practicalities such as distance, career or finances may cause concern or delays. A romance that starts during this new moon phase will have a good chance of being a long-term relationship.”

The Venus/Saturn combo has manifesting potential, and how. My forecast tracks it backward and forward:

“Venus is in Diana mode, shooting arrows through the Sun and Moon to Saturn at the end of Sagittarius. Those arrows are sending out the orders we’re placing.” 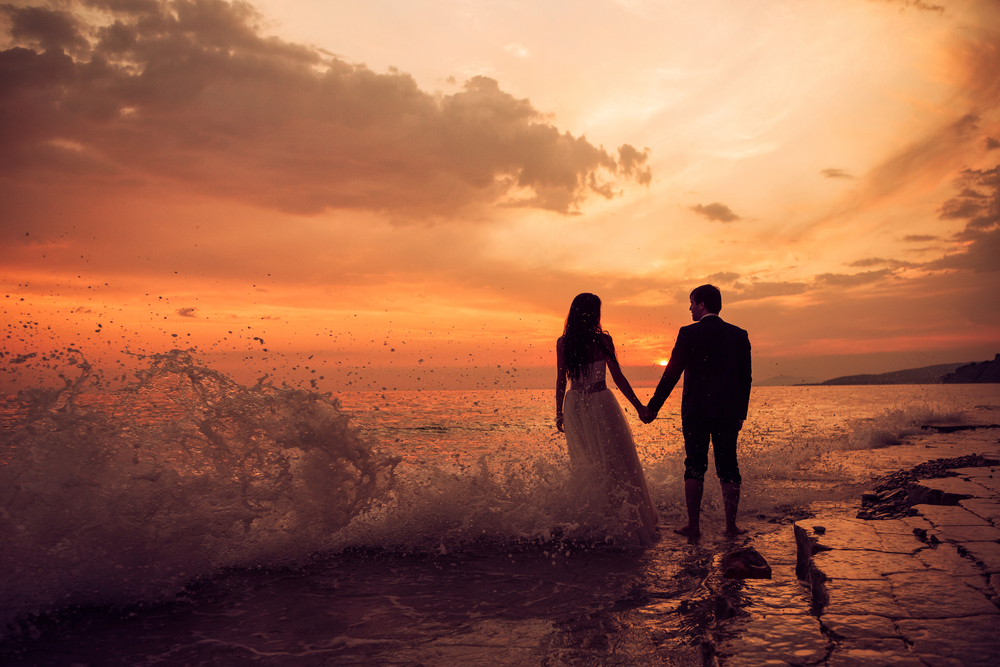 Don't waste the opportunity. Saturn, Venus and Jupiter will all be happy if you seize this, and so, likely, will you. Short on inspiration? Consider this Jupiterian cornucopia of suggestions from Amy Domres, Emerald City Astrology:

“You have an exciting opportunity to set an intention of a lifetime, especially if that part of your chart has a planet in those degrees or makes positive aspects to the New Moon. Some examples of intentions for the next six months:

“I’ve always wanted to learn about …”
“I’m going to go to research different religions or spirituality to see if there is something that resonates with me.”
“I’m going to share my spiritual or religious beliefs with my friends and family.”
“I’m going to start attending a Meetup group and share my knowledge on…”

The New Moon is trine Uranus in Aries. His awakening and liberating gifts pour into the event.

“New Moon trine Uranus brings an abundance of radical and innovative energy through an individual into the public eye. At this time we will witness self-assured rebels who don’t give a fig about conforming to the status quo. The trine brings to fruition personal freedom, revolution and electric genius…. The more outlandish this individual behaves the more the public seems to lap it up. Having such strong courage of one’s convictions will often provoke criticism, fear and even envy from the conformists.”

“New Moon Trine Uranus makes this an exciting new moon of unexpected events, self-discovery and revelation.. .. You should enjoy more freedom to leave your comfort zone and widen your social circle with some extraordinary people.” 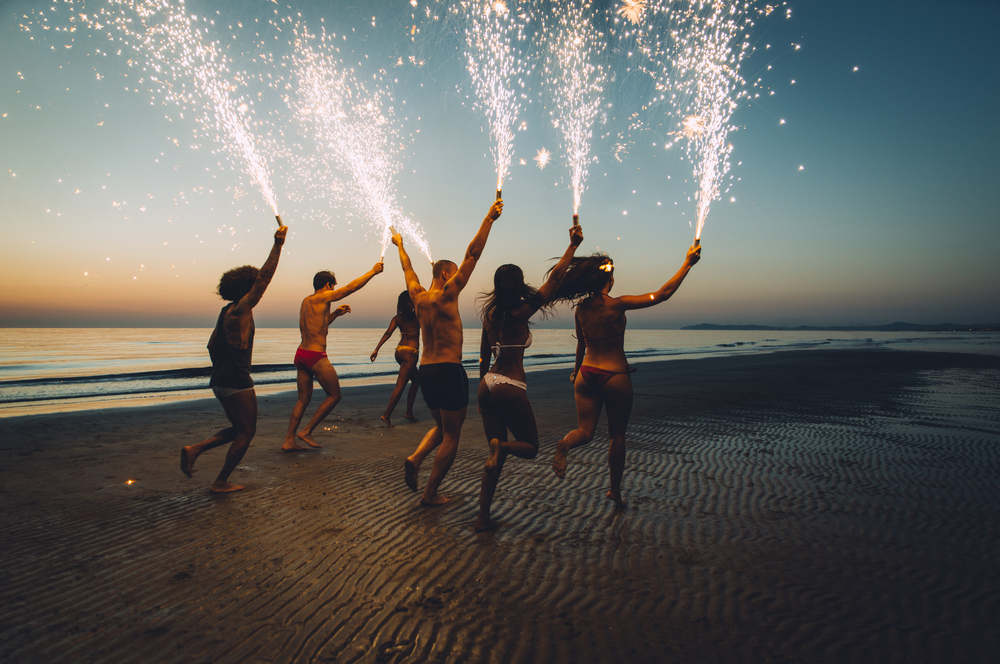 Beyond the visible planets and major aspects, over the centuries astrologers have considered numerous other factors to add more nuance and detail to their interpretations. Let's explore a few of them:

The fixed star closest to the New Moon is Kelb Arail, in the right shoulder of Ophuichus the snake charmer. Marina Macario of Darkstar Astrology views that constellation as resonating strongly with the energy of Eris, the goddess of discord.

A square from the Moon to the centaur Chiron stirs long-standing feelings of inadequacy and wounding, and demanding that we act on them. My advice:

“A battered inner child does not need to be holding adult you hostage. Saturn will soon be pushing each of us to move into adult mode. Use this New Moon to lay a stepping stone – and Saturn does love him some stepping stones – and make peace with your scared and scarred little one.”

“Pallas [resumes her direct motion just two days prior to the New Moon.] Her proximity to Uranus, and her forward movement, suggest that explosive or surprising strategies will be part of the picture. This chapter may be fueled by a bold plan to fight. It won't be new, but it will be reenergized. Maybe this will be your second wind, as you deal with heavy limits and constant reminders of the wound.” 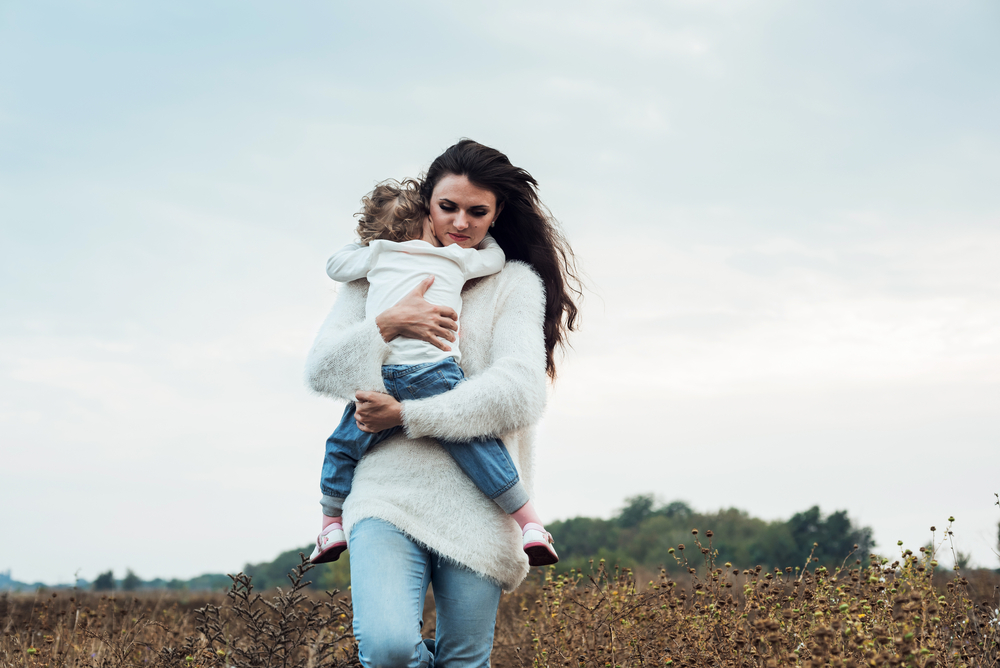 Each astrological sign can be divided into three sections, known as decans (10 degree divisions of the Zodiac). This Moon is in Sagittarius decan 3, which is ruled by Saturn.

“This extremely spooky-woods zone of the zodiac which comprises constellations Ophuichus (the Lilith constellation), Draco and the stinger section of Scorpio. At night it teems with slithering serpents, dragons and scorpions stingers. The Moon here makes it quite a treacherous labyrinth to navigate, and one where you will have to be good at feeling your way through the dark.”

The Sabian Symbol for the 27th degree of Sagittarius is: “A Sculptor At His Work.”

In his commentary on the Sabian Symbols, astrologer Dane Rudhyar gives the symbol's keynote as “The ability to project one's vision upon and to give form to materials.” He writes: “This is a symbol of our capacity to transform raw materials according to our personal vision.”

The Mansion's purpose is straightforward: to end a situation. Donna Woodwell counsels: “Do seek closure. End arrangements that are no longer working. Resign from a job or get a divorce. Don’t dwell on the past or start new partnerships.” 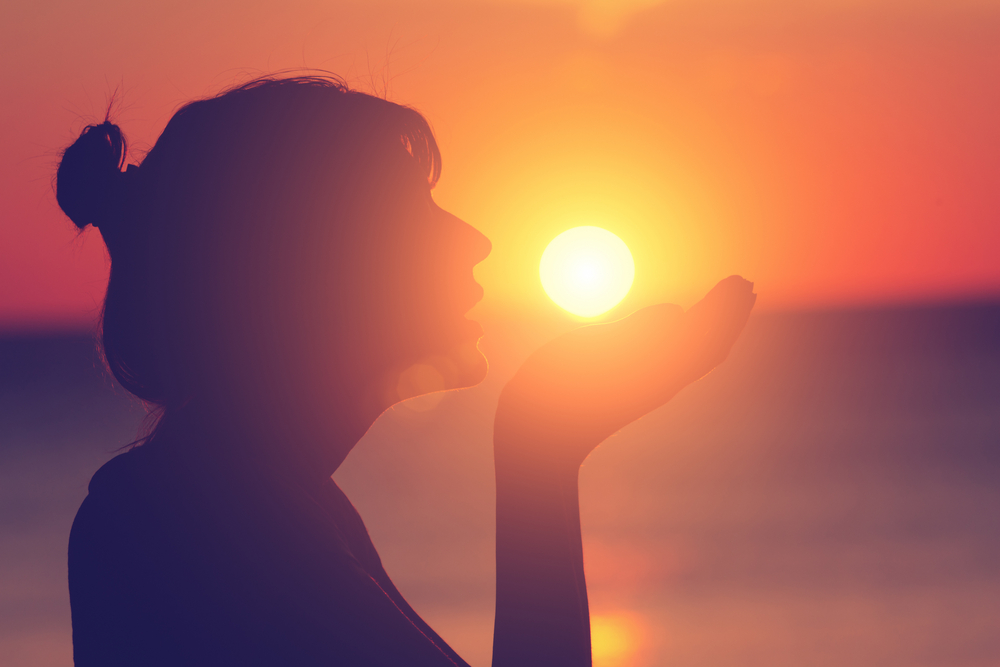 “The balanced aspect between the Saturn new moon and Uranus means you can have the best of both worlds. You can have your cake and eat it too by blending old and new, tradition and new age, safety and risk.”

“As always, when you're dealing with Saturn, your best bet is to do the work. The extra responsibilities, the burdens, the restrictions – you can't avoid them. That point in the distance that you're trying to get to may seem impossibly far, but just take it one step at a time. Focus on the slice of the big picture (Sagittarius) that's demanding your attention. And, know that  you've got Uranus/Pallas on your side, with a fresh plan of attack.”

But do grasp the opportunities – and work them. My forecast recommends

“Don’t waste this energy by holding back. Aim for the Moon. Aim for the stars. Aim for your highest dreams. Then expand the vision even more.“

Want to Use the New Moon Energy to Consciously Create a Life You Desire? 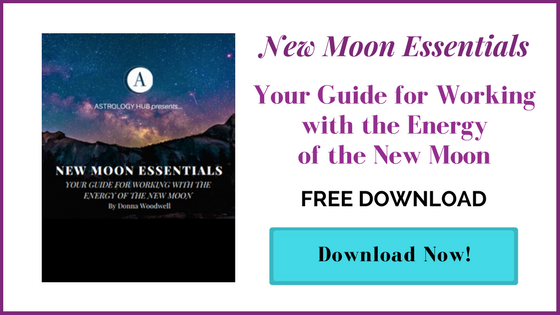