Whatever it is that needs doing – whatever it is you’ve been avoiding – it’s time to take responsibility. Make a plan to pay up, or you may have to face the consequences of your inaction.

The final Full Moon of Spring falls in Sagittarius, the sign of the Archer. Christina at Zodiac Poetry shares her Sagittarius story:

“The sign of Sagittarius is closely linked with the literary trope of the quest. Such plot device figures prominently in fairytales, myths and novels from all ages of history: the journey towards a goal turns into a process of self-discovery, during which the protagonist, the Hero, assimilates essential Truths. These somehow shatter familiar, if outmoded, prejudices, values and beliefs, expanding a previously narrow worldview.

“The Archer is not one to wander aimlessly; like the archetypal heroes that populate the world of myth, he has a clear sense of purpose and direction, as indicated by the arrow pointing upwards. He’s not afraid of Truth – on the contrary, Truth represents the ultimate goal of his nomadic journey.

“For these reasons, I like to think of a Sagittarius plenilune as a moment of epiphany – the disclosure of a revelation, the unfolding of a vision, the finishing line of a lengthy road of trials that previously led us into unfamiliar territory, in search of clarity and emotional Truth.”

Conjunct the lunar apogee – the farthest place from the Earth in the Moon’s orbit – the Sagittarius Full Moon appears as smallest Full Moon of 2017. (Astronomers call this the Micro-, or Mini-Moon)

To astrologers, the lunar apogee is better known as Black Moon Lilith. 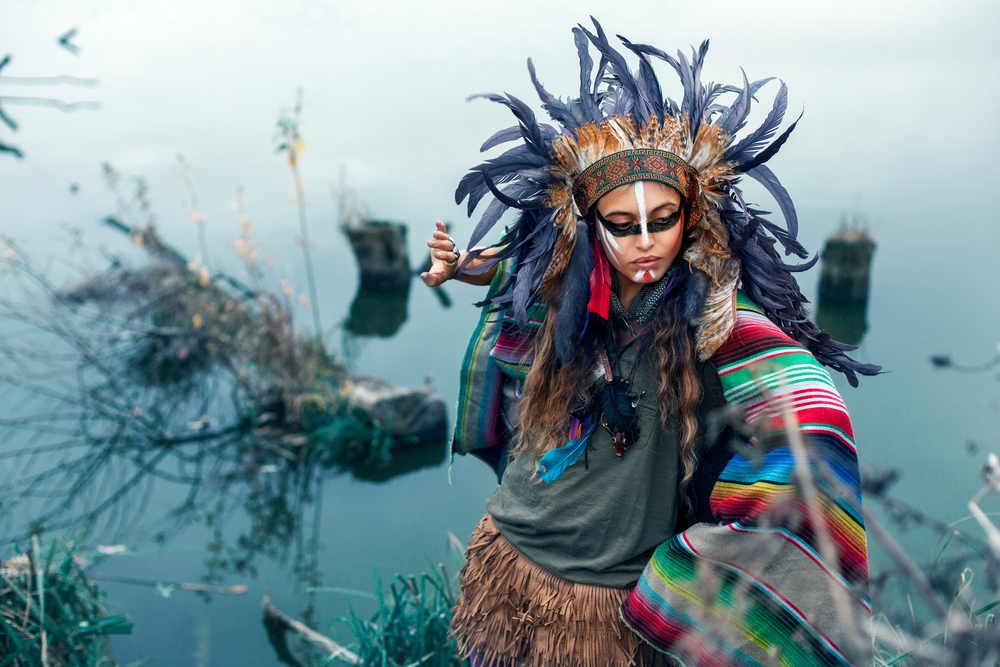 “In Jewish mysticism, Lilith was the first woman that God created, equal to Adam. She was found to be way too powerful and was cast aside and a far more subservient version was crafted from Adam’s rib. Enter Eve, looking equal, but far from it. Lilith, in her rage, became associated with the destructive feminine, not dissimilar from the Hindu God Kali. Only in Hindu she is revered instead of subjugated.”

And so this Moon brings up powerful themes of estrangement, wildness, rage and refusal to obey. (And noting the irony that all of our usual astrologers missed this; Lilith left out of the party again.)

The Sagittarius Full Moon falls at a pivot moment in its ruling planet Jupiter’s journey – the day he ends his retrograde, which began on Feb. 6. When planets station to change direction, it’s like they’ve “taken a stand” – they have something to say and want us to pay attention.

“Jupiter, ruler of this Full Moon, stations direct in Libra an hour after the Full Moon. Libra is the sign of one-on-one partnerships; every Hero, at some point in the narrative, must rely on the guidance and counsel of helpers and allies. Sometimes, it’s true, courage needs to be found within. Other times, realizing that we’re not alone in our quest can restore the confidence we need to leap into the next, adventurous chapter – even though we might need to believe in progress before we see it.”

Getting Ready for a Date with Saturn

Saturn’s also in a pivotal place in his orbital dance. The Sun opposes Saturn on June 15, the Earth’s closest approach to Saturn the entire year. With the Sagittarius Full Moon approaching Saturn, things take on extra gravitas.

“‘Sticks and stones may break my bones but words will never harm me,’ many of us learned in childhood. Wrong. Thoughts, statements, beliefs and ideologies alike pack a wallop, and their real-world ramifications and consequences are palpable now.

“They’re inescapable, too. The Moon is closing in on Saturn, which brings his insistence on rules, order and adulting into the mix.

“Under his watchful eyes (and ruler poised to rap a wrist), we can’t run from what’s coming up now. His presence is reining in Sagittarius’ ‘don’t-fence-me-in’ proclivities. It’s making emotions weighty, constraining and even depressing. Requiring that we take responsibility for what we say and espouse — and demonstrating how that can oppress and hold us down.” 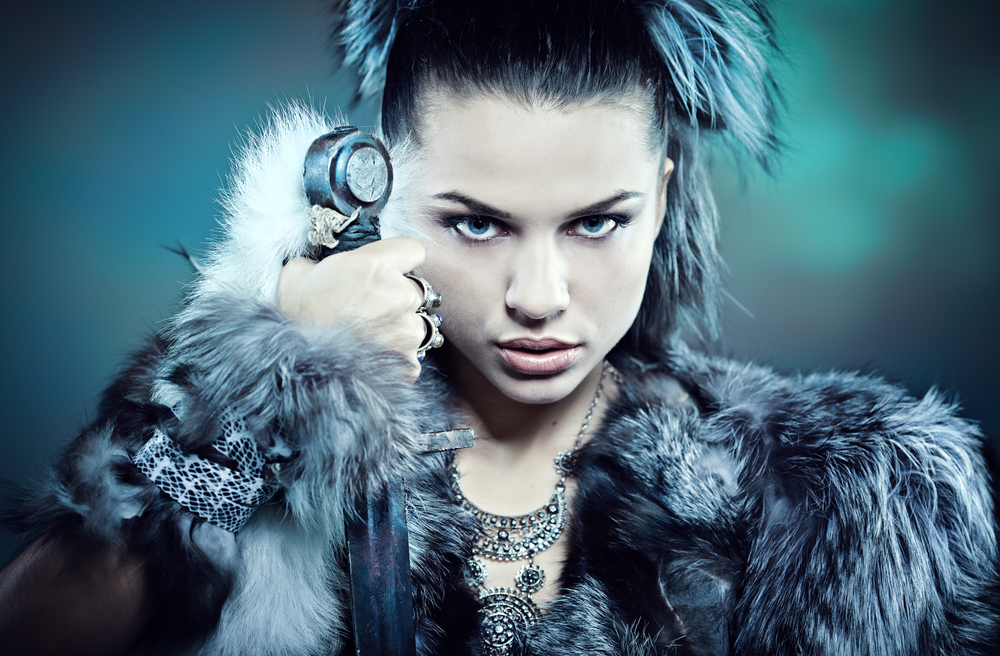 “The presence of stern, austere Saturn suggests that we will have to accept the responsibility that comes with attaining wisdom. We will have to earnestly, whole-heartedly show up for the events that will lead up to this ethical, existential, experiential culmination, without hesitation, without reluctance.

“If this sounds drastic and somehow deterministic, it’s because the ‘what ifs’ and ‘buts’ have no place in Saturn’s narrative. We either accept to face our fears, to narrow our range of vision so we can focus on the details that line up with reality, to acknowledge our limits and make the most of what we have, to be held accountable for the way we’ll stand in our Truth, to stay mindful of our pitfalls… or we don’t.”

The outer planet Neptune also makes an appearance during this Sagittarius Full Moon. At 14 Pisces, he’s roughly square both the Sun and Moon, what astrologers have called the lunation’s “bendings” or “Moon wobble.”

“What’s escalating may not be as it seems, either. And some may be the result of faulty, delusional or confused thinking, conclusions or beliefs. They are swirling in the air from the T-square the Full Moon makes to illusionist Neptune, keeper of the cosmic fog machine. The pressure dumps out into the self-improvement lab of Virgo, which is empty but ruled by Mercury, as is the Gemini Sun. Our minds — and reason — may be part of the way out.”

“Saturn constrains and disciplines; Neptune diffuses and dissolves. Like a siren that lures us into perdition, like the ever-resounding call of Spirit, Neptune is ineffable, elusive, enigmatic. The combination of Neptunian otherworldliness and Saturnine regulation implies that we need to be ready to spot the subtle nuances of the revelation we are witnessing, to unpack the – perhaps contrasting – levels of the narrative that is being exposed. The shades of grey that separate black from white.”

“A Saturn/Neptune mix suggests disappointment, sacrifice, confusion. If only Saturn was involved, we might say this ending/result will be absolute. A defined finish. But Neptune’s influence dissolves structure, so the resolution may not be clear. Sacrifice is a common Saturn/Neptune theme – giving up something for the greater (Sagittarius) good, or accepting a loss so you can gain (Sagittarius) something else. Justice (legal issues) may be important – deception (Neptune) versus truth (Sagittarius) with consequences (Saturn). The ethics of this Full Moon’s result may be in question.” 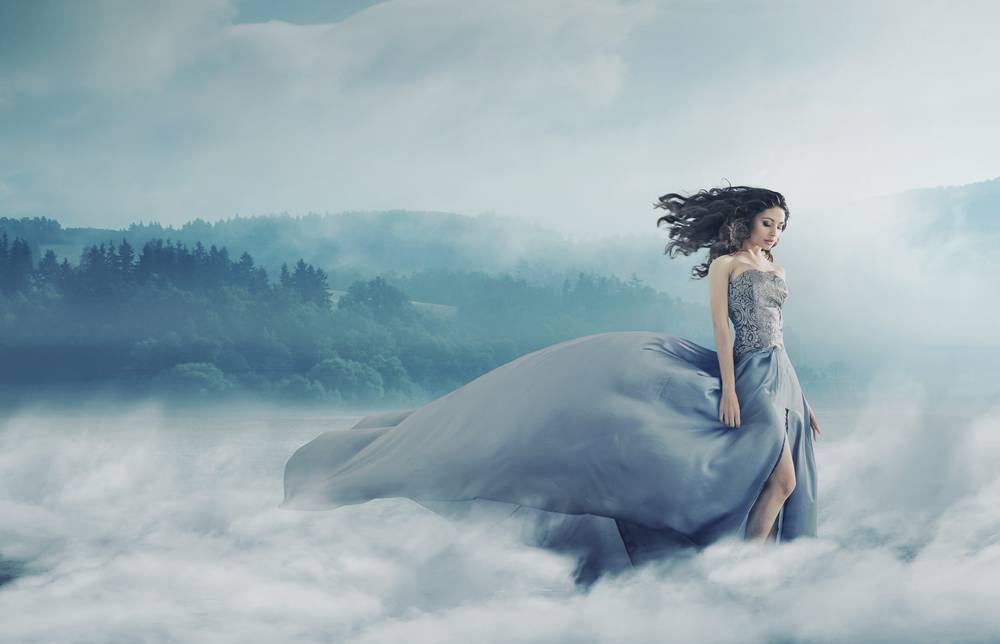 “Sun quincunx Pluto [and semi-sextile the Moon] represents a turning point in life. With a powerful orb of only 0°02′, this aspect should make the Sagittarius Full Moon feel more like a crisis or threat than a turning point. An intense buildup of pressure could bring neurotic, obsessive or destructive behaviors.

“Moon sesquisquare Venus is minor aspect but significant because of the 0°41′ orb. Like a Moon square Venus, it will increase your need for pleasure through love and affection. However, the secrecy and jealousy from the fixed star Sabik and manipulation from Pluto will bring moodiness, self-indulgence and maybe some conflict.

“Jupiter quincunx Neptune supports the tipping point theme. It suggests an imbalance involving health and spiritual belief. It will test your faith in someone or something. In order to grow and expand you have to dream and take risks. Now you will find the limits of what is possible in the current conditions.”

The asteroid Ceres – which is now classified as a dwarf planet along with Pluto – is also in the mix this lunation; she conjuncts the Sun and opposes the Moon. Ceres is the Roman name for the Greek Goddess Demeter, guardian of the harvest and the turning of the seasons.

“Ceres conjoins the Gemini Sun, and Sun/Ceres make an awkward inconjunct to Pluto Rx/Juno in Capricorn. This recalls the Ceres myth — her daughter Persephone was taken by Pluto, king of the Underworld. Themes of nurturing and loss (or fear of loss) may be pronounced. Juno as the relationship/contract asteroid suggests difficult agreements (with sacrifice involved) or broken promises. A struggle to adjust your terms with their terms. Ceres’ agreement with Pluto meant her daughter was able to spend part of the year with her, but for the rest of the year she had to live in the Underworld.” 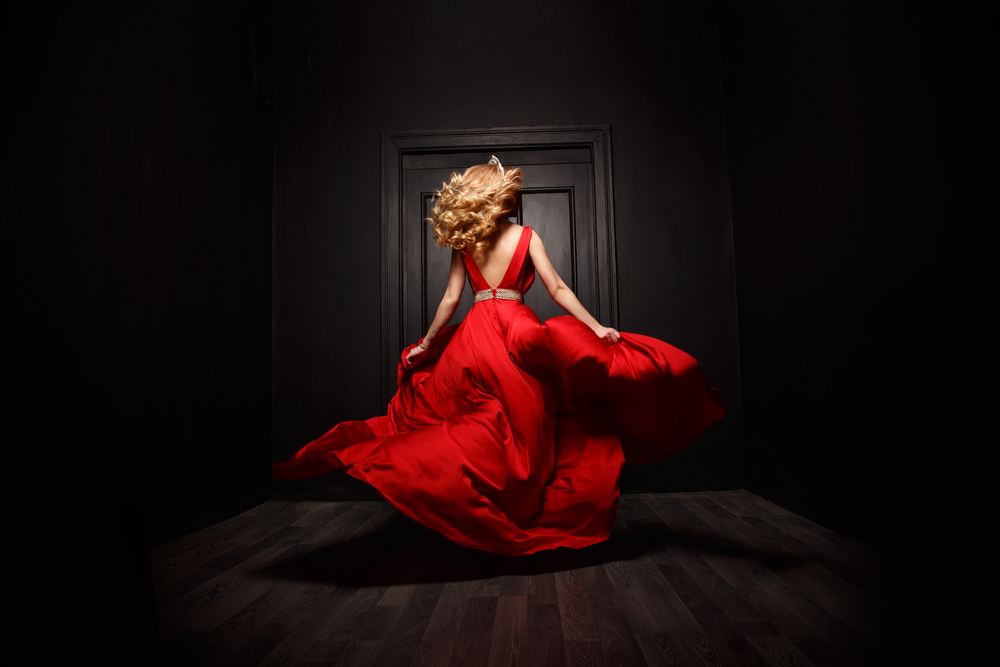 “Moon opposite Ceres is the aspect equivalent to the Salvation Army, seeking to rescue those in the most need. Those touched by this Full Moon must be careful, that their saving doesn’t turn into a savior complex. When this aspect warps, it warps big. We can be the smothered or do the smothering. At the most negative, Moon opposite Ceres can be one of the narcissistic parent who engulfs their child to the extent that the child doesn’t even realize she is being abused.”

“Now we will see why we have to be so careful with this Full Moon June’s magical potential. Sabik, is a star on the right leg of the Serpent Bearer or more famously the so called 13th-sign Ophiuchus. … ‘When Ophiuchus, encircled by the serpent’s great coils, rises he renders the forms of snakes innocuous to those born under him. They will receive snakes into the folds of their flowing robes, and will exchange kisses with these poisonous monsters and suffer no harm.’

“Robson doesn’t seem to like Sabik saying ‘It causes wastefulness, lost energy, perverted morals, and success in evil deeds.’  These ‘evil deeds’ are probably to do with the use of magic as manipulative sorcery. But in the case of good-hearted seers who use the Tarot or other means of divination, including astrology, they should have the ‘success’ without them being branded as ‘evil.’ Sabik’s potential for ‘evilness’ depends on which planet this star falls on.”

Over the years, astrologers have assigned meanings to individual degrees of the Zodiac. One of the most popular systems of the 20th Century are known as the Sabian Symbols.

The Sabian Symbol of the degree of the Sagittarius Full Moon: “Pelicans menaced by the behavior and refuse of men seek safer areas for bringing up their young”

Dane Rudhyar wrote in his 1973 commentary on the Sabian Symbols:

“The evident reason for using “pelicans” … is that tradition tells us that these birds are so concerned with their young that they will give their own blood and flesh to feed their progeny. Whether this is fact or symbol, the meaning of this picture refers to a situation that is polluting not only our global environment, but the mind-and-feeling-responses of new generations as well. The search for a new way of life is seen by many people to be imperative.” 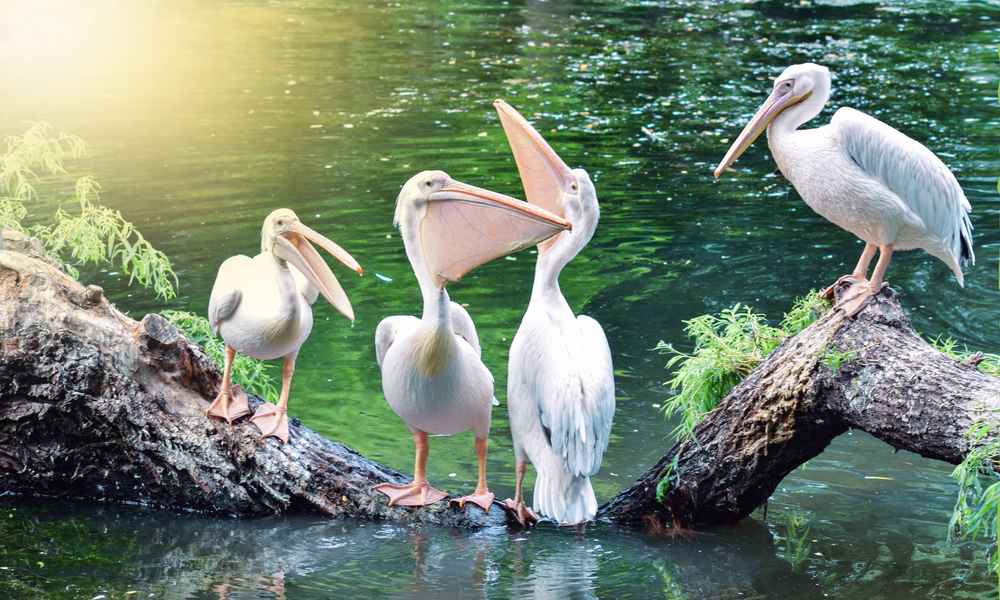 There’s a 28-sign (or sometimes 27) lunar Zodiac, far older than our familiar 12-sign solar one. Medieval Arab astrologers knew it as the ‘Mansions of the Moon,” or the lunar mansions.

The Sagittarius Full Moon falls in one of the most challenging lunar mansions. Mansion 21, Al Baldah, at best represents the need to end a situation. I nicknamed it “the Closed Door” for short.  It basically suggests a “get out while you still can” approach to circumstances.

Though you may try, escape or avoidance are no longer options. You reap what you sow. Your best bet to move through this Sagittarius Full Moon gracefully is to accept and forgive your imperfections, then make amends so you may move forward again less encumbered.