Prepare yourself for the electric light show sparked by the Gemini New Moon of May 25/26. This second virtually unaspected New Moon in a row may see you grabbing for a notebook to capture all the new ideas flowing into your field.

Just be warned: don’t let the pretty lights fool you. More lies beneath the show than you may have bargained for. Astrologers around the web share their wisdom on how you can stay alert for the story beneath the story.

Since there are typically 12 New Moons each year, we usually have one New Moon in each sign. Consequently, we expect a Gemini New Moon sometime during the month when the Sun is in Gemini, from late May to late June. It’s a chance to lighten-up, and add a little play and curiosity to the mix.

“The annual Gemini New Moon is akin to a brain reboot: it’s the best time of the year to reset our mental circuitry, refresh our ideas, spark productive dialogue, acquire and process new information. Anything that has to do with the world of ideas, with our communication skills, with the messages we send out to the world, is subjected to innovation and rejuvenation under a Mercury-ruled New Moon (tip: keeping a notepad handy is a useful way to keep the flood of new ideas from escaping you).” 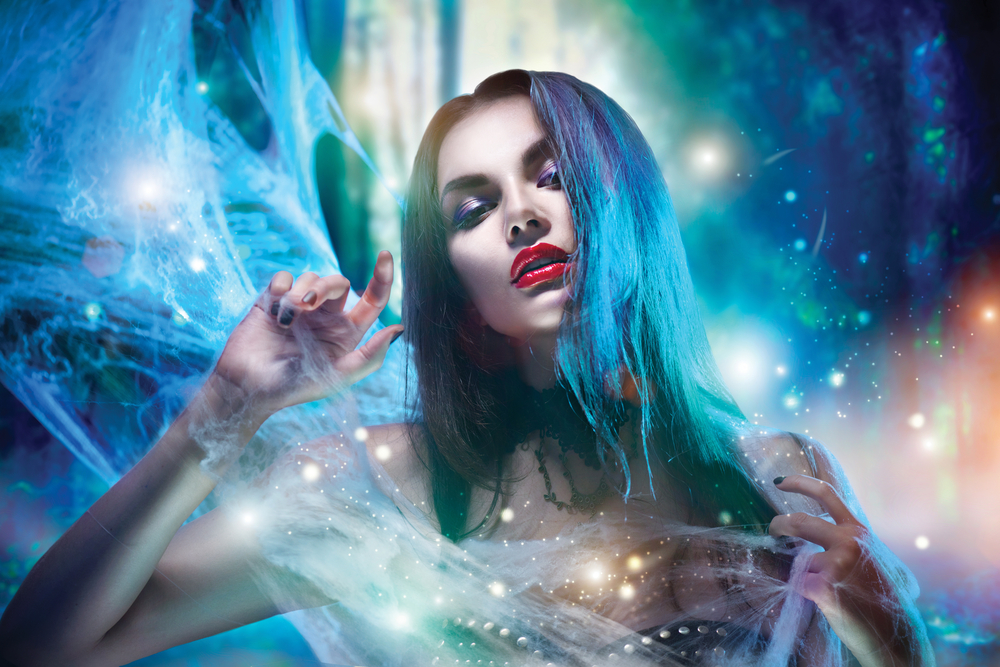 “Gemini energy is breezy and light, flexible and versatile, prone to unfettered motion wherever curiosity leads. That may dart here and there, in short attention span street theater (“oooh, shiny object!”), or it may quickly rotate among several focuses (a word that’s almost laughable in the context of Gemini) in multi-tasking or juggling.

“And when the going gets serious – much less, rough — Gemini finds a way to dodge, to deflect, to crack a joke, poke fun and generally evade gravity. It’s just the antidote to the current state of our lives (be honest, now), and we are primed to apply it.”

Since the New Moon makes no major aspects, astrologers look to Gemini’s ruler Mercury for clues for how the lunation may manifest:

“Trust Gemini’s ruler, the fleet-footed messenger Mercury. Yes, he is a trickster, but he’s uncharacteristically subdued, showing little of the nimbleness associated with his home sign of Gemini.

He is now well into Taurus, the first and most leisurely of the earth signs. Coming to ground gives him, and our thought processes, a measured pace, a steadiness and a bent toward practicalities and the concrete.”

“Gemini is ruled by fast-traveling winged messenger planet Mercury, which will be at 10 degrees Taurus at the time of the New Moon. Mercury will have finally cleared its retrograde shadow just a few days previous.

“Mercury in Taurus provides stamina and stability to anchor in material reality what would otherwise be a fluffy and inconsequential New Moon. The early degrees of Gemini – where this lunation occurs – is most prone to the Gemini stereotype of being too high strung, too scatterbrained to focus attention on one area for any length of time. Mercury in Taurus, on the other hand, can show considerable mental and intellectual stamina and persistence.

“So, this New Moon looks like a time when thoughts and information will be flowing out in streams for practical purposes. Great time for intellectual ‘heavy lifting,’ finishing reading, writing or communication endeavors that went askew while Mercury was retrograde.”

The Gemini New Moon is also occurring near the Moon’s perigee – the point in its orbit where it’s closest to Earth. In other words, this is the Super (New) Moon. It’s the first time since 2009 that the closest lunation to the Earth is a New Moon, rather than a Full Moon.

During a Supermoon, we can expect tides to run higher, both physical and emotional. The Moon is also moving extremely fast in its orbit (more than 15.3 degrees this day, or 17 percent quicker than average). When the Moon is this fast, it’s much easier to act impulsively, without the facts. 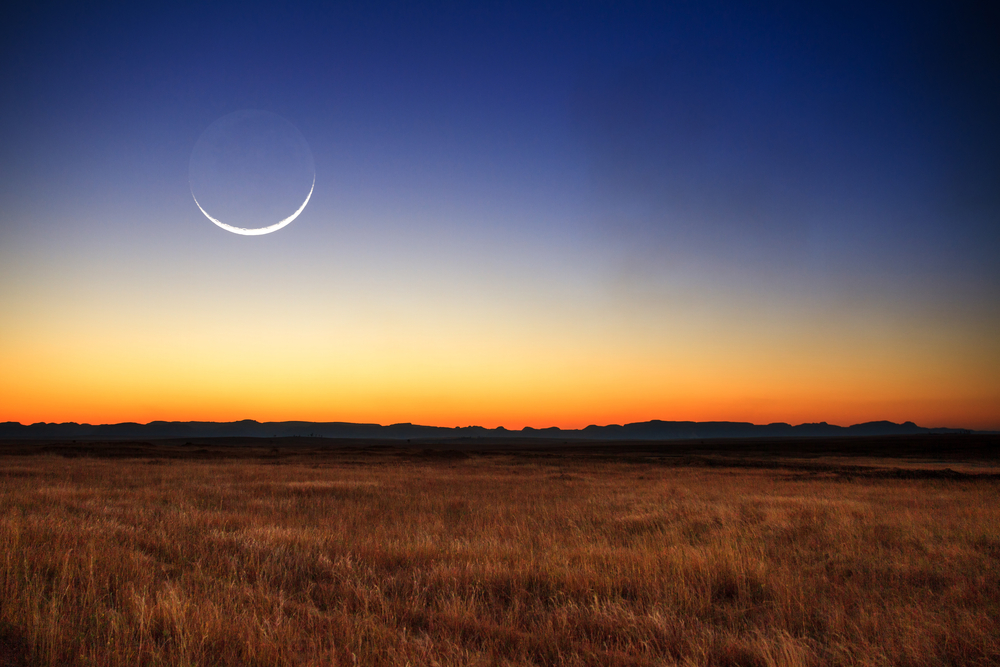 And, when the Moon is at perigee, it also means it’s opposite its apogee point, which some astrologers call Black Moon Lilith.

Christina, of Zodiac Poetry, dives into the depths of this Gemini New Moon opposite Lilith.

“The gorgon-like gaze of Lilith, the uninvited guest to this otherwise solitary, unaspected Sun/Moon rendezvous.

“Outcast extraordinaire Black Moon Lilith has been transiting Sagittarius since February, and she will challenge this cerebral, witty New Moon with a confrontational opposition. The mercurial, intellectual flair of Gemini acquires a sharp, argumentative edge, courtesy of Lilith’s primeval indignation. Harnessing this mix of energies conscientiously is the key that will allow us to walk through the cosmic portal of this lunation. …

“Lilith symbolizes the less reassuring facet of primordial feminine energy. Lilith is the devouring mother, the vagina dentata, the persona non grata; she’s been silenced for ages, and she will seize any opportunity she gets to make her voice heard and deliver her brutal, uncomfortable brand of Truth.

“Lilith is within all of us – regardless of how we identify, gender-wise. She’s been a (very controversial) part of the human collective unconscious for millennia. If you’ve ever been hurt so badly, done so wrong, that the pain, anger and humiliation brought out the very worst in you, then you have experienced Lilith in her full, bloodthirsty realness. …

“At this New Moon, she asks us to recognize her in the mirror, to take stock of our feelings of betrayal, exasperation, resentment and scorn, embrace them, integrate them, channel them constructively into this new cycle of our lives.

“The opposition is an aspect that inspires and requires objectivity and detachment, something we should exercise in coming to terms with our shadow and including it in the broader narrative unfolding.”

Also on the day of the Gemini New Moon, love goddess Venus makes an exact square with Underworldly Pluto, bringing questions of desire and power up for review.

“The ruler of Taurus, the sign Mercury is currently lazing about in, is Venus, goddess of love and money and all that we value. She is in fiery, feisty Aries, which cloaks her in huntress mode and provides the oomph to pounce on what we want. This injects a definitive combativeness to gallivanting after this or that shiny ribbon, piece of news, flirtation target.

“That combativeness could turn more than we bargain for — or land us in darker territory than expected. Venus is making a harsh and demanding link to Pluto, which pits the lord and lady of desire and money (at the extremes of beyond ordinary mortal comprehension and within our worldly grasp). “I want” becomes “I WANT,” shouted from our very cells and circumventing or disabling rational thought. That pretty, shiny trifle might lure us magnetically into compulsion, obsession or intensity that was masked by Gemini’s light-heartedness.” 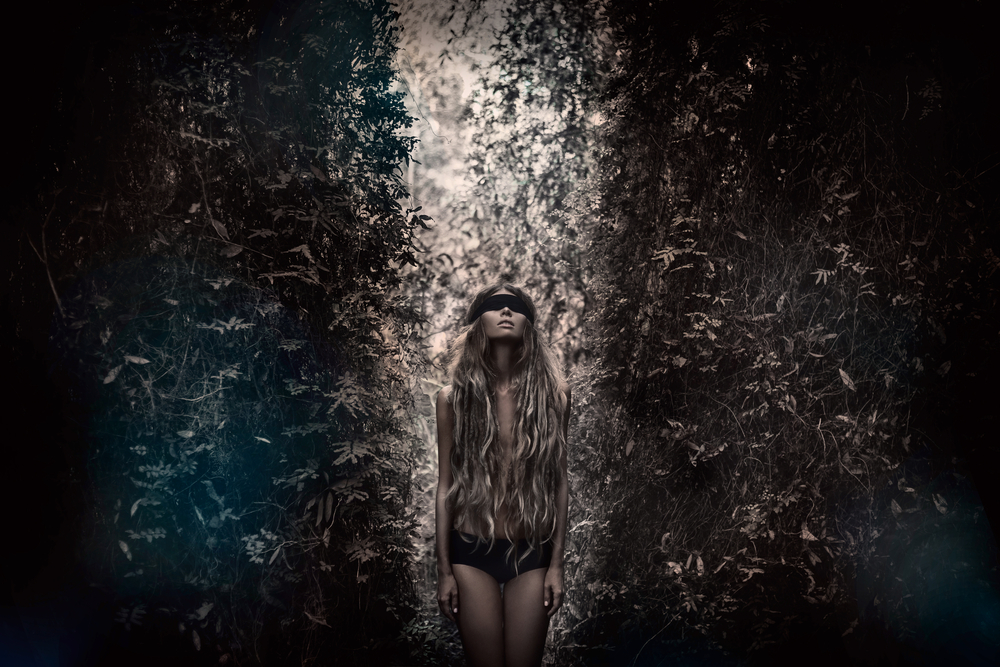 “Venus square Pluto is the strongest aspect in the chart apart from Sun conjunct Moon. … Power and control issues may arise in existing relationships. Simmering tension may come to the surface as some manipulative behavior like jealousy or possessiveness. At the root of such behaviors would be a deeply buried fear or insecurity about not feeling loved or valued. Threats and ultimatums are possible if either partner feels smothered or controlled. An unhealthy relationship may breakdown which would be very painful or dramatic. A well based relationship will withstand the intensity but there would still be a transformation to improve relationships dynamics.”

“Venus in Aries will make an exact square with Pluto Rx in Capricorn (19 degrees) on the same day… It’s an interesting counterpoint, because it suggests an all-or-nothing crisis over what you love/want. Compulsive attractions, or struggles for power over money/relationships/self-esteem.

“Appropriately, Venus and Pluto are making a First Quarter Square — a new way of approaching Venus themes is revealed via the crisis of compulsion, obsession or fear of loss. What’s so compelling actually reflects what you’d like to initiate (Aries) within yourself. Your new values. Viewing Venus/Pluto aspects in this way can be helpful — it allows you step away from the consuming situation, and recognize that the external person/thing is not all-powerful.”

Also ongoing this month is a slow-moving grand fire trine between Saturn, Uranus and the North Node of the Moon.

“You are already in the middle of a major transformation caused by Saturn trine Uranus 2017. The North Node links up to make this a grand trine aspect pattern. This indicates the positive karma and soul evolution resulting from the transformation you start in the next two weeks.”

“Saturn and Uranus politically are opposing forces. Saturn is authority and tradition, while Uranus is rebellious and progressive. Usually these two in contact would be quite difficult in that people will be fearful of change or that rebels could take control. But this is a harmonious, soft aspect! There is challenge to the reigning authority, but the changes made seem familiar so that people aren’t really thrown too much out of their comfort zone. It is like having a divorce in order to get back with an Ex from your teenage years! It is like a rejuvenation, feeling young again… Uranus tends to make change drastically, but a trine from Saturn suggests that it will be done considerately and incrementally.”

There are always a few other details rounding out the celestial story of the lunation. Let’s take a look…

“The New Moon is conjunct fixed star Mirfak, a fixed star associated with news affecting people on the macro scale, so don’t be surprised to see weird news being made here. (Though, in the U.S. that’s pretty much an everyday occurrence now that the North Node is at 29 degrees Leo conjunct fixed star Regulus.) Mirfak also shows a general boldness in the delivery of messages in any medium, perfect for getting emotional (Moon) messages across. Mirfak is sometimes associated with flare ups in meteorological Earth weather as well as space weather, so should you be in an area warned for bad weather or other such natural dangers don’t brush it off.” 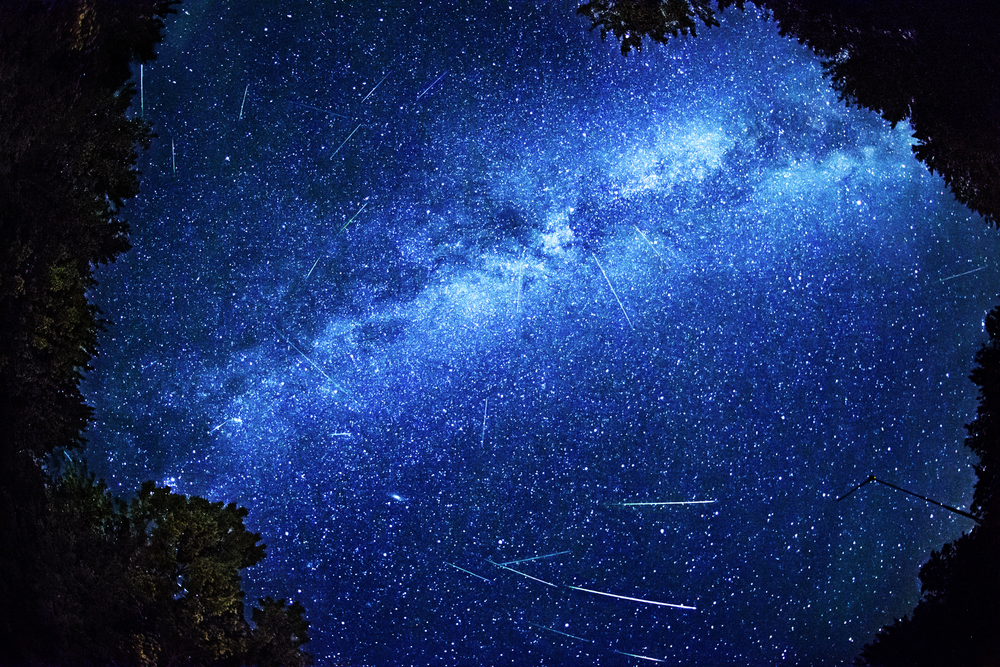 “The Hyades are a stormy cluster of stars in the face of Taurus the Bull. … some of their key words are ‘Militant, activists, provocative, permissive, persuasive, fierce, violent, stormy, emotional, controlling, manipulative, cunning, sharp minds, strategic, single-minded, commanding.’ Their brightest stars are Prima Hyadum and Ain and are found around the left eye of the Bull. Robson says they give ‘tears, sudden events, violence, fierceness, poisoning, blindness, wounds or injuries to the head by instruments, weapons or fevers, and contradictions of fortune.’

“Meanwhile, Ebertin says ‘striving for prestige leading to power politics leads to tremendous success in life if bridled, if not, failure and a fall from power. May exploit other human beings in quest of power. Staggering increase in sexual urge, a dissolute life, excessive and licentious ways.’ The Hyades also carry the unfortunate label of ‘Evil disposition’ …. ‘evil’ is used to describe dabbling in the occult, which is basically empowering oneself to experience ‘God’ directly, without the need for a priest.”

In his commentary on the Sabian symbols, astrology Dane Rudhyar wrote: “Every movement over-stressing one direction calls forth an equally extreme movement in the opposite direction. What is rigidly bound in form and convention tends to explode into formlessness.”

In addition to the familiar 12-sign solar Zodiac, there’s also a 28-sign lunar Zodiac; in the West these are called the Lunar Mansions.

The Gemini New Moon falls in Lunar Mansion 6, which ancient Arab astrologers named Al Han’ah. I nicknamed it “The lovers,” since it’s a mansion known for inspiring love in all its forms.

Don’t be fooled by appearances. The breezy surface of the Gemini New Moon covers deeper work churning under the surface of things. Slow down and look again before jumping to conclusions.