Are you caught in a tug-of-war between all your priorities in life? Does it feel like a victory just keeping your head above water?

Then you're not alone! This weekend’s Gemini New Moon may be one of the most complex – and opportunity-rich — of the entire year.

“I think this is one of the most important New Moons of the year, as important as an eclipse perhaps…”

“This is not easy energy. It may be the most difficult of the year, to be honest. … There’s no way out except through.”

So what’s captured the astrological imagination?

New Moons mark an initiation into a new ways of seeing and doing. We plant seeds for our new projects, sure. But we are also being pulled toward new levels of understanding.

This lunation, Gemini’s ruler Mercury beckons us to follow his lead. As the Messenger of the Gods, Mercury’s mission was to travel between worlds. Communicating, yes. But also linking, adapting and integrating.

“Gemini (along with the other mutable signs) are bicorporeal or “double-bodied” signs, meaning they relate to concepts of duality and inhabiting different worlds simultaneously. …. They prepare us for the changing season. As confusing as a mutable Grand Cross is, it is demanding we adapt to survive and move into the future.”

Change is coming, and we all sense it. The question is how to change gracefully, with a minimum of suffering.

Mercury’s counsel: Use your words.

“Many cultures all over the world have emphasized and celebrated the power of words. To name a few, well-known examples:

Even the scientific discourse is catching up with this – the hypothesis of language as something that shapes our mental representations, and, therefore, our neural networks, is becoming increasingly accepted.”

Put a pin in that — the power of words to manifest realities… we’ll get back to it in a bit.

Entering the Heart of the Sun

The Gemini New Moon is precisely conjunct Venus, the planet we associate with beauty, love and desire.

On one level, a New Moon with Venus casts the spotlight on relationships:

“Being exact, it’s almost certain that love and partnering will play a dominant role in this fresh start. Words can breathe new life into a deteriorating relationship, reconnect two people who have drifted apart (technically, it’s still retrograde season after all), cement existing bonds and help creating new ones.” 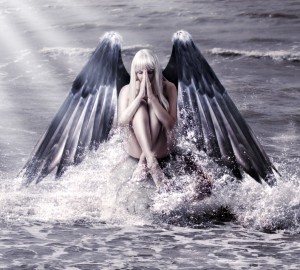 Trickster Mercury however, rarely works on one level. As the planet of desires (read intention), we’re asked to clarify what we truly want. Venus is just days away from her superior conjunction with the Sun; she’s about to enter the alchemical furnace.

“When Venus goes into the heart of the Sun by exact zodiac degree, all things Venusian are purified in the fiery heat and regenerated.  As a result, in recent weeks Venus has been undergoing a molten metamorphosis in which the old has been burned off.”

Lest Venus lose heart, Mercury’s there to take her hand. He understands where she’s coming from — he’s in Venus’ home sign of Taurus after all — and gives her confidence to walk through the fires.

“As the New Moon will be in exact conjunction with Venus, and Gemini’s ruling planet will be in a Venusian sign. … Gemini is often accused of being a superficial sign, … never staying on long enough to get to the bottom. I think this is less of a problem here with Mercury in Taurus holding steadfast. There is persistence here.”

Venus is tempered… to what end?

It’s as if our desires are being clarified so Mercury can get to his job of weaving the spell to manifest the next level. As the curtain is pulled back, we are invited to participate as co-creators.

The New Moon activates a powerful alignment of Saturn, Neptune and Jupiter, turning it into a four-way tug-of-war. What astrologers call a “mutable grand cross.”

“All year, three titans have been whipping up pressures, confusion and the need to go on instruments:  Jupiter in Virgo (turbo-charged analyzing and clean up), Saturn in Sagittarius (rigidity vs. wisdom in life philosophy, issues of law and authority, plus invitations to act with integrity and accountability) and Neptune in Pisces (illusion, delusion, confusion, transcendence and connection to all that is). This New Moon fills the empty leg in the configuration and splays the pressure of a three-way shoving match to the four winds….

“No easy or lasting resolution is possible with this, just yet. The challenge is to deal with each moment as it hits, and then confront the next on its own terms.”

Esoterically, squares (and the number 4) are associated with the need to manifest things in concrete reality.

And Mercury holds the keys.

“In Astrology, Gemini is the sign that symbolizes communication, words and speech; it is ruled by Mercury, an elusive figure who was thought of as the patron god of eloquence and divination, the messenger of the Gods and the guide of Souls to the afterlife, simultaneously.

“Like Gemini, the sign of Twins, Mercury has somewhat of a dual nature – he’s the traveler and the thief, the psychopomp and the trickster, persistent yet fleeting. More often than not, we are presented with his darker face – the deceiving quality of words and communication, , with clickbait titles and celebrity gossip overflowing in the social media sphere and causing us to scatter and waste our mental energies, making us oblivious to the potential of a focused mind.

“Mutable Grand Cross pattern, looks very much like a wake-up call in this regard; an unmistakable writing on the wall, urging us to quit toying with our words, and start using them as the powerful tool that they are.”

So, following Mercury, let’s read the astro-logos — heavenly writing – on the wall, and see what pointers it has for us. 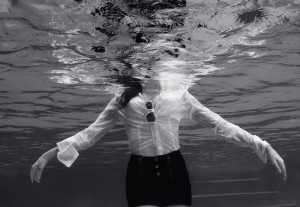 Saturn just passed its opposition to the Sun. For the past 6 months, the Sun’s been moving away from Saturn, testing its limits.

But it can explore no further on it’s own. We must all turn and find a way to consciously integrate the limits imposed by the nature of our material existence.

“The Moon rules habits while Saturn is structure and organization, therefore this part of the cross brings a great endurance and self-discipline.”

“This aspect can work itself into the ground or become quite extreme in any thing they become obsessed with. … One thing Astrology can teach us, is that opposing forces can find a common ground and become integrated. Staying flexible and honouring commitments, boundaries, and rules are not two mutually exclusive stances. We can go with the flow while being mindful of where we want to arrive, and capitalize on opportunities while exercising restraint.

“Saturn opposing the New Moon brings concrete realization of the limitations of time and space, and a need to prioritize what we can actually achieve and manifest within the time and space currently available to us.  With so much unraveling, fear is liable to become an unwanted influence on our dreams and desires if we allow ourselves to spin out in the spiraling currents. …

“Creating a blueprint to follow or a list of objectives to achieve will bring clarity as long as you remain open to the necessity of modifying the blueprint when demanded by the needs of the changing moment.”

The Gemini New Moon is also squaring off with the ongoing tension between Neptune in Pisces (longing to merge with our dreams, or just oblivion), and Jupiter in Virgo (challenging us to make our hopes and dreams concrete and realistic).

The two planets bring gifts, as well as warnings.

Rising Moon Astrology's Mary Pat Lynch says Jupiter “could blow things out of proportion, leading distractible Gemini into over-the-top silliness. Or he might add the dose of confidence Gemini David needs to challenge a Saturnian Goliath.”

Darkstar Astrology's Marina Macario suggests Neptune brings “incredible imagination, charisma and ability to tap into the collective unconsciousness. At the same it is very prone to projection.”But if anyone is up to the challenge, it’s a Mercury. Like Odysseus sailing between the Scylla and Charybdis, mindfulness of the choices you’re making can maximize the benefits you reap on the journey.

(Lest you doubt the metaphor, the asteroid Odysseus is exactly opposite Mercury at 21 Scorpio at the time of Gemini New Moon. The whirlpool Charybdis is conjunct the South Node in Pisces. Asteroids are the ultimate proof the Universe has a sense of humor.) 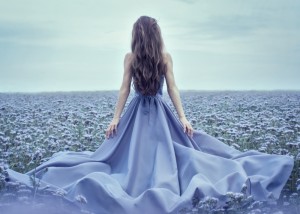 Mercury’s got a few other allies on his team. He’s getting ready to leave the party with sage Jupiter and potent Pluto, which have been forming an earthy, harmonious aspect with planets in Taurus all month.

“Ground yourself firmly and deeply and you can exist with the grace and suppleness of a reed through this Moon and the weeks growing out of it. Fortunately, the skies are giving us an assist for exactly this, via the other monumental configuration. It connects to the grand cross at Jupiter in Virgo, the point that favors optimistic, expansive thinking and healthy boundaries. Jupiter is part of the free-flowing energy of a grand trine to Pluto in Capricorn (agent of unavoidable change transforming structures and foundations) and Mercury in Taurus (bringing communications down to terra firma and their most concrete, and the ruler of the Gemini Moon).”

A few other things to consider for ongoing reflection…

Asteroids in astrology are like rhetorical flourishes; they weave additional mythological references to our cosmic tale. But there are thousands of them, so it’s always fun to see who turns up in the right place and time.

“Rooted in Earth, Asclepius is a healer who emerges in times of crisis and cathartic change… Asclepius is associated with healing through dreams, an incubatory process that reveals the connection between external symptoms and the underlying unconscious.  With his hermetic staff planted in the ground, Asclepius weaves together meaning from celestial and chthonic realms through discernment centered in his sensual nature, applied to his work through disciplined spiritual practice.”

(Another homage to Mercury, Asclepius carries the “Staff of Hermes” — Hermes is the Greek name for Mercury. It’s also the root of the symbol physicians still use today — the caduceus.)

The image for this Gemini New Moon: “Two Dutch children talking to each other, exchanging their knowledge.”

“All discoveries must be checked and their validity tested. In old tribal cultures a man's ‘great dreams' were accepted as valid and acted upon only if another tribesman also had a similar dream. The need for objectivity has to be met; and this implies the confirmation of and subjective realization by some similar experience. It implies also the type of dualism inherent in all mental experiences as well as in mental concepts.”

In addition to the familiar 12-sign solar zodiac, there’s a 28-sign lunar zodiac (called the “lunar mansions” or “mansions of the moon” that adds richness to how the Moon’s energies manifest from day to day.

The Gemini New Moon falls in the sixth Lunar Mansion Al Han'ah, or “The lovers.” It’s a mansion for inspiring love, or deep connection, between polarities — especially true with Venus in this mansion as well.