It’s a word that evokes a lot of memories.

That’s a word that provokes a lot of opinions.

What would happen if these two words were combined in a single phrase: “The Astrology of Education”?

Hello my name is Alex Trenoweth and I’m a high school teacher. I’m also a professional astrologer. But not necessarily in that particular order. I was an astrologer long before I became a teacher, and this is my story.

To Teach or Not to Teach?

When I decided to formalize my astrological studies by taking classes, I realized that I would need to raise some funds. So I decided I would be a teacher. I figured I could work 9-4, have weekends and holidays off, and enjoy that glorious long summer holiday to study.

But, of course, that’s not how teaching works! I quickly found out how exhausting it is to plan lessons, to be under constant scrutiny, not to mention the emotional battering one takes when working with adolescents who are making the transition from childhood to adulthood.

But there was a bigger problem than this: I was actually told I had to hide the fact that I was an astrologer in case parents complained and the school was brought into disrepute. If this happened I could be dismissed for gross misconduct. 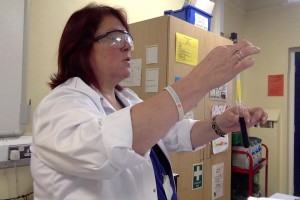 Now, I’m not the kind of person who works well with this type of restriction, but I still saw teaching as a means to an end. I thought I’d stick with teaching for a couple of years and leave the profession once I was fully qualified as an astrologer.

So I plodded along as a teacher not really getting anywhere. The job left me so exhausted that I wasn’t able to study astrology as I had planned. I felt trapped, used by the educational system and more importantly, I felt I wasn’t helping my pupils the way I wanted to. I was ready to leave the profession to try something else.

And then one day I was in the middle of a lesson, explaining something about iodide solutions when I suddenly realised how much I really enjoyed teaching. I looked at the faces of my pupils and I thought about how sad I would be if I never taught again. I wasn’t ready to give up teaching.

It was the first turning point.

I decided I would start experimenting with astrology and teaching. Secretly of course.

First, I tried to use my pupils' Sun Signs to put them in groups for project work.

I found out the hard way that one should never, ever put pupils in groups according to the elements of their Sun Signs: the Fire signs will become unmanageably boisterous, the Air signs will shout out at the fire signs, the Earth signs will sit in silent shock at the cacophony, and the Water signs will start hugging themselves and rocking.

But using Sun signs wasn’t completely unsuccessful: I could still use this basic information to engage individual pupil's learning styles. But it was a lot of work for me to use this information efficiently. I had more than 400 pupils I saw each week. I had made even more work for myself and most importantly, the pupils still weren’t progressing like they should.

And then it hit me: Pupils are taught by age group. This eager group in front of me all shared the same Jupiter sign and the same Saturn sign. This knowledge created an astrological signature for each of the year groups I taught!

In astrology, Jupiter represents an indication of how a pupil takes that leap of faith to learn new and unfamiliar material. Jupiter is about a child’s confidence and the opportunities for learning that will entice them to seek knowledge. If I could harness that energy, I would have pupils who really want to learn.

Saturn is kind of the opposite of Jupiter. Saturn restricts and disciplines and it represents fear. It reveals where a child might be over sensitive or reluctant to take the risks necessary to learn. And by understanding my own Saturn, I could also work to make myself a better teacher.

It didn’t take me long to make a few changes that didn’t attract the attention of the fuddy-duddies in the educational system. Soon I was truly engaging the pupils’ interests and seeing clear improvements in behavior, progress and vast improvements in my own satisfaction.

Even better, a little astrology completely transformed my life by making me a better teacher . I knew I had found my Ikigai—my meaning in life, my soul’s true purpose. It was a pure revelation.

And it was the second turning point.

The third turning point came when my head teacher gave us all a copy of Matthew Syed’s book Bounce to read over the summer holiday. Syed would be giving a motivational talk to the faculty when we returned from holiday, and they wanted us to be prepared.

Bounce had been on my reading list for awhile. So in between furious attempts to re-decorate my kitchen, prepare for the final FAS (Faculty of Astrological Studies) exam, resurrect my blog and feverishly write my own book, as well as add to the articles on my website, I read the book.

Matthew Syed is a world-class ping-pong champion who attributed his phenomenal success to phenomenal amounts of practice. Well I was impressed! And I was also greatly boosted by his assertions that “talent” is not an inherited trait but an attribute gained through hard work. I thought to myself: “Here is a guy who understands Saturn!”

Having read Syed’s book thoroughly and having made good notes, I was looking forward to his presentation. Syed talked a lot about what was already in his book. As I listened, my mind wandered back to the FAS exam I'd hoped to finish before school started.

I was thinking about what a long road it was to get to where I was astrologically; how many seminars and conferences and classes — as well as lots and lots of practice. How the FAS’ insistence of perseverance and practice and perfection was expensive but I couldn’t argue that it wasn’t thorough or that it wasn’t worth the effort. By working hard, not through coincidence or talent, I had made a lot of ground.

So just as I was thinking all this, Matthew Syed suddenly threw in astrology. Of course my ears pricked up because being an astrologer is very much like walking around with a sign that says “kick me” taped to my butt. I’m pretty used to the kicks but I’ve also developed numerous ways lessening their impact or avoiding them completely.

Syed was just about to go down the road of wondering why astrologers persisted in their interests in the light of failure in Empirical Testing. But it was equally clear he was making brash, sweeping comments based on his experience of reading the results of Empirical Testing and the daily horoscopes he reads (or doesn’t) in the newspapers, not his own experience or practice. In other words, he was being a big, fat hypocrite—which really got my goat.

Now, in reflection, I think I’m careful about my reputation as an astrologer and protective about the subject of astrology. I had to be. I don’t go around trying to convert people to astrology or babbling endlessly about it (unless someone expresses clear interest—as many of my teaching colleagues had–and I reckon that makes them fair game).  But I also suddenly realized that I had clocked up 30 years of experience and practice in astrology: a whole Saturn cycle. 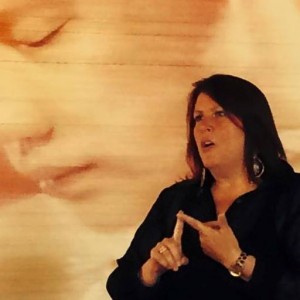 Compared to him as a ping-pong player, I was Michael Stich (you’ll have to read the book to appreciate this). I invested a lot of money, not in the search for PROOF of my CRAFT but to be able to create works of art I am proud of. The evidence is all around me. I don’t need numbers to tell me my art exists. Needless to say, I wasn’t going to allow his feeble judgments to make me look like an idiot in front of my colleagues…

Who had all turned around to see how I was going to react.

There was a split second when I thought “Don’t rise to it, Alex. Just shut your big mouth.” But with everyone looking at me, I felt there was no way I could take this one on the chin.

So I let him have it.

I pointed out that newspaper columns don’t represent me as an astrologer and I let him—and my colleagues—know that Matthew Syed didn’t know what he was talking about when it came to astrology (there was an audible gasp from my colleagues). That I had practiced way more than him.

I also provided him with PROOF that I had read his book by telling him that advanced astrologers lose the ability to guess star signs—in a very similar way to world class athletes lose the ability to slow down and explain how they do what they do.( I think I may have mentioned the fact that as a non ping pong player I wouldn't dare proclaim that ping pong wasn't a sport let a alone a sport for men.)

Non-astrologer who thinks he can run his mouth about astrology: 0

I think it’s safe to say Matthew Syed felt the power of that serve whoosh right past his ear before his ping-pong brain registered it was coming. He did the sensible thing and mumbled an apology and admitted that perhaps he should study the subject more before he opens his trap again. Which really was gracious of him. And when his lecture was over, he cut out of the building like a bat out of hell. I didn’t even get his autograph.

This encounter had a profound effect on me.  His comments were just the spur I needed to come out of the starry closet and write Growing Pains, a book on astrology and education.

A teacher’s job is a difficult one. But astrology can help address them to work more efficiently and happily by turning weaknesses into strengths. Using astrology in education can help a teacher unlock a child’s hidden potential and motivate them by working with their particular learning style.

Parents can also benefit from using astrology, not to predict their future but to help their child shape theirs.

Astrology can literally help us help our children to reach for the stars.

(You can read Astrology Hub's review of her book in our Book Reviews section.)