BEYOND THE HOROSCOPE: TWELFTH HOUSE

About the 12th House

The Twelfth House has been called the “house of hidden things” – it’s also the House of Saturn.

Saturn sets limits and boundaries, all those set apart. The hospitals, jails, and monasteries. But also going on retreat or sabbatical. You could even call it the house of taking a break from social media, too.

Places: placement of confinement or separated from the outer world such as hospitals, jails, and monasteries, inaccessible places, foreign places, the internet 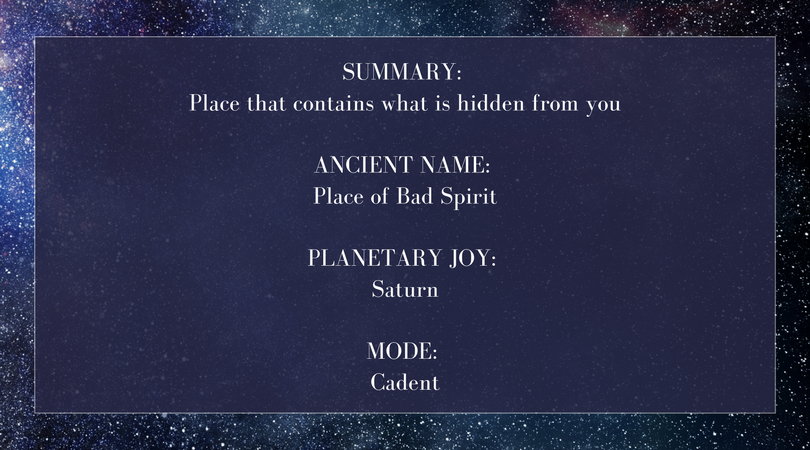