When darkness overtakes the world, it’s natural to turn to the light.

We switch on a lamp when the Sun goes down; gravitate to laughter, smiles and bright souls when life is tough. We burn candles and fires to warm body and spirit and symbolically, subliminally welcome and encourage light.

And we have acted on that simple human impulse, since before recorded time, on the longest night of the year — the Winter Solstice.

As the Sun enters Capricorn, the northern side of the globe tilts away from the Sun. The night can feel endless. (It is, at the North Pole, which has 24 hours of darkness at the solstice.) 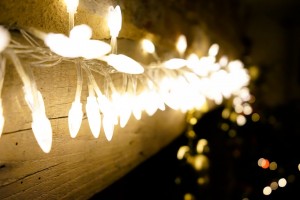 It’s as if time has stopped — which is exactly the meaning of the word “solstice,” a mashup of the Latin for sun (sol) and standing still (sistere).

Hence all the light and fire traditions this time of year:

Yule logs. Menorahs. Twinkling lights on a tree. Candlelight Church services. All are reminders that night will end, the sun will rise again and spring will (eventually) return.

Fittingly, this year the Winter Solstice occurs in the northern hemisphere in the predawn hours of Dec. 21, at 2:44 am (Pacific time). But this also this starts summer, for folks in the southern hemisphere.

The seasons may be opposite, but cosmically, psychically… ? The two halves of the globe are likely not far apart at all, this year.

No matter where you are, keeping a Winter Solstice tradition may be just what the cosmic doctor ordered.

Light at the End

Rekindling, stoking and celebrating the fire is a terrific antidote to 2016, a year that’s been so full of turmoil, uncertainty, epidemic losses of  beloved cultural figures and, let’s be honest, confounding weirdness. 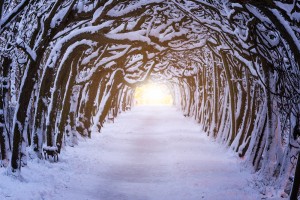 And, as if divinely orchestrated, this month brings an astrological aspect designed to ignite our engines and send them soaring. It’s an easy, mutually amplifying collaboration, blending the stabilizing powers of Saturn, lord of structure and order, with the genius and future vision of Uranus, cosmic rebel, liberator and advocate for alternate viewpoints.

They’re both in fire signs, too: Uranus in the self-starting, leap-first-look-later, raw life force of Aries, and Saturn in the adventurous, philosophical and expansive enthusiasm of Sagittarius.

As if that weren’t hot enough to brighten the darkest time of year, bountiful Jupiter is tossing flame accelerant into the mix from his perch in airy Libra.

Their teamwork is taking us to destinations that weren’t possible five years ago. We’ve been prepared for them by the upheaval and restructuring of the past five years, which spun off an ongoing clash between cosmic change agents Uranus (unpredictable change) and Pluto (unavoidable change). Last year Jupiter boosted the deep level renovations on Pluto’s end. Now Saturn is giving a power up to Uranus.

With the traditional meeting the unconventional, structure meeting chaos, anything is possible … except remaining stuck.

It’s a formula for self-actualization. This combo brings form to innovation and blasts impediments, particularly of the mental/philosophical/theoretical variety. It delivers both controlled firepower and the rejuvenating impact you’d get from downing a case of Popeye’s spinach.

The aspects max in intensity from Dec. 24-26. The Saturn/Uranus teamwork burns throughout next year and hits two more peaks in May and November, though without extra juice of Jupiter upping the ante.

As if a further sign of a divine hand, Saturn and Uranus play an additional role next year beyond their current collaboration. They are the traditional and modern ruler of Aquarius, a sign that will be hopping with activity in 2017.

The fireworks begin at the next turn of the wheel, the midwinter light festival known as Imbolc, Candlemas or St. Brigid’s Day (and marked in the US as Groundhog’s Day).  It’s the lead-in to the upcoming cycle of eclipses, on the Leo/Aquarius axis, which begins with a lunar eclipse in Leo on Feb 10. 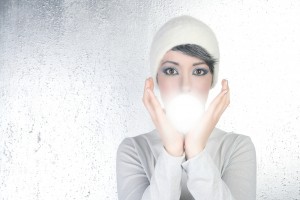 They’ll reboot issues of retaining individuality while existing within a group, with emphasis on how far and brightly your light shines. The Nodes of the Moon will be moving on to the same axis in May, with the South Node of our past and karma traveling through Aquarius.

The sign is romanticized for representing the humanitarianism, philanthropy and the revolutionary promise of the late 60s. It’s also prone to scientific, clinical, emotional detachment, which we’ll be challenged to leave behind for the heart fire of Leo.

The excitement waiting for us next year is already sparking. It starts now. Work it. Combine the current fire in the skies with the season’s tradition of honoring the light.

Look at what’s been growing within you — and your life — out of the upheaval and foundational shifts you’ve experienced over the past five years.

Conduct a ceremony to honor and fuel it — as simple as lighting a candle, writing your intention and your commitment to it (by hand; it’s more an expression of your own energy) and placing it under the candle.  Contemplate where you’ve been and where the impulses building in you are heading, and script your intentions accordingly.

Or go more high church — after all, this time of year does lend itself to display. Construct a small altar. Surround a burning candle with objects that enhance and amplify it; ring it with mini-lights, too, if you like. Call on the stabilizing powers of Saturn with a piece of hematite for grounding; use labradorite to sharpen and open the mind to the genius of Uranus.

Arrange a sprig of evergreen to symbolize growth, and sprigs of mistletoe and holly to invoke the masculine and feminine archetypes and the creativity they spawn. Add images of the journey you envision, and totemic objects that fit with it. Or amuse you.

(A message of hope from members of the the NYC cabaret and musical theatre communities. That's me at the center of the preview image.)

Emphasis on amuse. The winter holiday season has a pronounced child-centric focus, whether that’s celebrating a baby’s birth or surrounding us with sounds, delights and memories from our own childhoods. So celebrate your inner child — your own unique, innocent, unfettered self, in all its younger bits.

Quiet, shy, attention-seeking, freaky, outsider, misunderstood, outgoing, gangly, rambunctious,  whatever you were and still are, let that kid come out and romp now.

Its emergence fits the Saturn/Uranus teamwork. Saturn is current-time you, handling the adulting; Uranus is inner-child you, letting your unadulterated nature rip.

Laugh, sing, watch old movies, ditch work, call (how 20th century!) friends, gather with people who make you smile and — what was that first word again? Laugh. Do things, however little or silly, that remind you why it’s good to be alive. Then spread that goodness, fiercely.

These actions will stoke your light.

And pass it on.