Prepare to be smelted.

That's the unimistakable warning from astrologers around the web who are awaiting the Aug. 31/Sept. 1 Virgo New Moon Solar Eclipse.

What's smelting you ask? It means turning up the heat so that impurities can be burned away. Alchemists use a crucible to contain what's being irrevocably transformed.

Under the Virgo New Moon Solar eclipse, the crucible is the only way through. Avoiding is no longer an option, but how you face things matters a great deal.

J.K. Rowling, in Harry Potter and the Half-Blood Prince, captured the spirit well:

“It was, Harry thought, the difference between being dragged into the arena to face a battle to the death and walking into the arena with your head held high. Some people, perhaps, would say that there was little to choose between the two ways, but Dumbledore knew – and so do I, thought Harry, with a rush of fierce pride, and so did my parents – that there was all the difference in the world.”

“And all the seven heavens showed to me their magnitudes, their speeds, the distances of each from each. The little threshing floor that so incites our savagery was all — from hills to river mouths — revealed to me.” 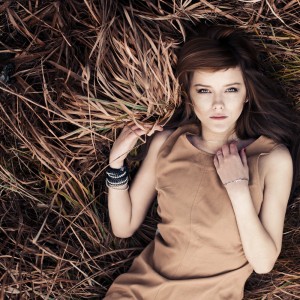 Like the crucible, the threshing floor — where the fruit of the wheat is separated from the stalks and leaves (the chaff) — is a metaphor Virgo knows well:

Our “challenge requires not only skill but a bit of magic, and Virgo’s the sign for the job.

“Virgo isn’t often given its due credit (a common Virgo theme as it is) as a sign associated with alchemy. Scorpio tends to be given that title; however, the distinction is this: watery Scorpio burns, purifies and transmutes matters of the soul, while earthy Virgo works the alchemical process in the matters of the physical realm.

“The symbology of Virgo as the pure Virgin separating wheat from chaff applies not only to the fussy mundane details of everyday life, but also the broader ritualistic purification of our spiritual life expressed in physical form. (“Let food be thy medicine and medicine be thy food” and all that…) The mantra or intention here is “heal thyself.”

The Virgo New Moon is certainly one of the most potent lunations of the year. Not only is it also a total solar eclipse but it's also part of a few very tight planetary configurations that leave little wiggle room.

Whatever is in front of it, even if it's unpleasant, earthy Virgo yearns to do it well.

“This is a big one, folks!  But this is not meant to scare you. Find a goal, people. Shoot for something. Make sure it’s righteous (Sagittarius)! Make sure it helps people (Virgo). Don’t be afraid to sacrifice and act with compassion (Pisces).  Because if you do this, I bet you have a GREAT WEEK ahead.  …

“Now please, please, spread this … far and wide. Because I know astrologers are going to scare people with this. I’m telling you, if you’ll work … it, it’ll be like sitting at the table holding at least three aces and maybe four.

“This year’s Virgo New Moon targets the uncertainty, tentativeness and just plain weirdness that have characterized so much of the year. None are a match for the wallop of a reset this Moon is activating. It’s bringing clarity, stabilizing and a greater awareness of where exactly this year has been leading.

There's “an air of purifying and simplifying, of inevitability bordering on fatedness, and also a touch of relief. No more floating, wondering and feeling unable to get off center. We’re starting to get somewhere, at last.”

“Eclipses are generally times to let things go, and here it is time to let go of the idea that we’re in control, know it all, have it all figured out. There’s a really stiff challenge here: feeling a bit punch-drunk, working with dodgy information and facts and asked to put it all to practical use nonetheless. Depersonalization is going to be a thing at both eclipses this September.

Also be advised; though the eclipses' influence is felt most strongly in the next few weeks, its reverberations will be felt for months. More from Kathy Biehl, Empowerment Unlimited:

This process is “playing out will continue for months, not just weeks.  … It’s launching the next to last round of the current eclipse cycle, which began at spring 2015 and continues into March of 2017.  (They hearken back to 1997-98, so themes from that time may be spiraling back for examination and reworking as well.)

“This cycle is on the Virgo/Pisces axis, which spans the extremes of worldly existence and unhooking from the physical:  logic vs. faith, intactness vs. immersion, service vs. martyrdom, health vs. addiction, practicality vs. transcendence. “

Still confused? You're not alone. The Virgo New Moon Solar Eclipse is caught up in the climax of the defining aspect of the year — the ongoing, and contradictory, square between Saturn and Neptune.

“The final of the three exact Saturn-Neptune squares perfects on Sept. 10, but here at the Virgo Solar Eclipse, Saturn and Neptune are already at 10 degrees each sign. Reality as we’ve known it (Saturn) has been in a constant state of uncertainty and dissolution (Neptune) since the squares began in 2015. This surrealism is going to reach fever pitch at the Virgo New Moon Solar Eclipse, just before the final Saturn-Neptune square. “ 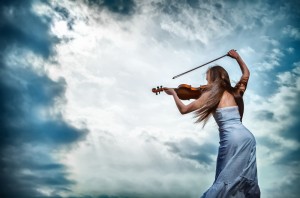 “Saturn square Neptune is the major influence on this solar eclipse. … The global effects of increased terrorism, propaganda and fearmongering over the past year will affect you more personally, influencing your relationships and future plans. Such sustained psychological fear or paranoia may overwhelm you, making it increasingly difficult to see a bright future for you and your loved ones.

“To free yourself of fear, guilt and worry you must get back to basics. The new start or new goals represented by this solar eclipse should be practical, simple and defensive. There IS a brighter future ahead with Saturn trine Uranus starting later this year. … That more positive influence will not take full effect until this pessimistic solar eclipse totally wears off early next year.”

“The main worry about the September Solar eclipse is the fact that it activates Saturn Square Neptune. This has proved to have been an extremely treacherous cosmic force. You can try to ‘rise above the 3D’ and take a spiritual stance.

“But since we are stuck on this planet, boundaries are an issue and war is being fought on a physical level as well as the mental. It is very tempting to spiritually-bypass our current reality, but if we believe we are on this planet for a purpose, we will have to get our hands dirty …

“Despite the serious deception aspects, we must not lose sight of the great manifestation option of this Solar Eclipse. Rampant negativity abounds on the news and social networks so we have to be careful not to get too sucked in no matter how dire it looks.”

And still, the choice for how to respond, remains yours. Astrologer Mary Pat Lynch explains:

“New Moons are time when the sky is dark. This is time for planting, pushing seeds into the darkness so they can flower later. The intentions we bring will do much to determine what kinds of plants we see.

Will “the pressure from Mars and Saturn on Neptune turns our visions dark … [or ] leads us to use Neptune as an escape”? Or will “we hold on to our best vision of the future, informed by the past. Could we “channel the tremendous energy of Mars and Saturn into real, meaningful projects that begin to address some of the issues we face”?

“It’s easy to see which option is most desirable. We are not, however, saints. At least, most of us are not. Probably, our lives are some mixture of all [of these]. Despair is not fun, but it’s easier than hope. We all fall prey to it at times, especially when we’re tired, or ill, or have experienced great loss. Escape is fun, but ultimately leads in the direction of despair. Work and hope and dreams are hard, and not as fun as we think they should be.

“They are real though. And Virgo is all about the real.”

(Just one last note… Neptune is at its closest approach to Earth for the year on Sept. 2 — that means it's the brightest it can be (to our telescopes, you still can't see it without one.) If it were a one of the visible planets, we'd say that's a strong Neptune.)

As if to give us a chance to really let it all sink in, Virgo's ruler Mercury stations retrograde just hours before the eclipse. And during the eclipse, both Mercury and Jupiter are at 28 degrees of Virgo.

And Jupiter rules of the signs Sagittarius and Pisces — precisely where Saturn and Neptune are located.

“Virgo’s ruler [is] Mercury, god of gab, gadgets and getting around. The cosmic messenger has just begun a three-week retrograde through Virgo.

And “Mercury's exactly conjunct with Jupiter, acting in complete unity, at this New Moon. … Jupiter — the guy who ups any action he’s around — makes the impulses of the retrograde bigger, bigger, bigger as the two planets move apart.

“Jupiter [has brought] his powers of optimism and expansion … as he’s traveled through Virgo. He finishes this current tour of duty on Sept. 8, which makes this New Moon part of the wrap-up and ending of the process of the last 12 months. Jupiter’s imminent departure is [another] cause behind the look back, work and clean-up vibe of this New Moon.

A few more hints for the journey

“Fixed star Zosma is mainly associated with depression. Exercise, diet and medication need to be addressed. …  You may be susceptible to a build up of toxins. The prophetic ability associated with Zosma can be very strong and persistent,  but also deceiving when distorted by Saturn square Neptune.” 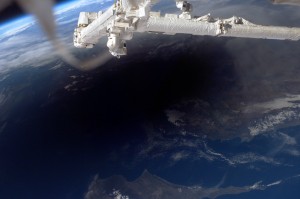 Each degree of the zodiac carries its on flavor, captured in several different degree meaning systems. The Sabian Symbol, perhaps the most popular of the 20th Century, decpicts the 10th degree of Virgo as:  “Two heads looking out and beyond the shadows.”

Of this Sabian Symbol, the humanist astrologer Dane Rudhyar wrote: “the growth of true understanding, born out of the transcendence of duality, even while immersed in the world of duality. … Here we witness the mind attempting to jump beyond the very shadow it inevitably casts upon all experiences.”

A very potent metaphor for the solar eclipse, as the Moon's shadow streaks across the Earth.

And, in addition to the solar zodiac, there's also a lunar zodiac, which gives advice on how to best manifest the cosmic energies. In Wester Astrology, these are known as Lunar Mansions.

When the Moon is in this mansion, it's a time to unleash your passion and creativity from the deepest levels, and find a way to unite what seems opposite. Don't give up on what you desire because it seems too hard. But don't make long-term commitments either,  because things are changing so fast now, you may discover you're in a new reality soon.

Change may be inevitable. But your attitude and intention count for more than you may imagine. Open eyes, and open heart, are the way through.