The soul sings under the Sept. 6 Full Moon in Pisces. Whether you tune in, or tune out, is up to you.

With its close conjunction to Neptune as its only major aspect, astrologers from around the web counsel ways to apprehend the numinous and unbounded in your own life.

“No matter what happens, this Moon will be slippery and ultra-sensitive. No boundaries means it’s high tide for psychic or creative work. If you’ve been wanting to dissolve limits, this is your Moon. If you need a time out to rest, drift, heal… this is your Moon.

“But if you’re emotionally vulnerable, prone to addictions or confidence-sucking attractions, stay grounded and stick with what you know is healthy. Even if that’s a tad boring. It will be too easy to lose it all, as Neptune dissolves your self-control along with those boundaries. Be smart about this one. You know what works for you, and what doesn’t.” 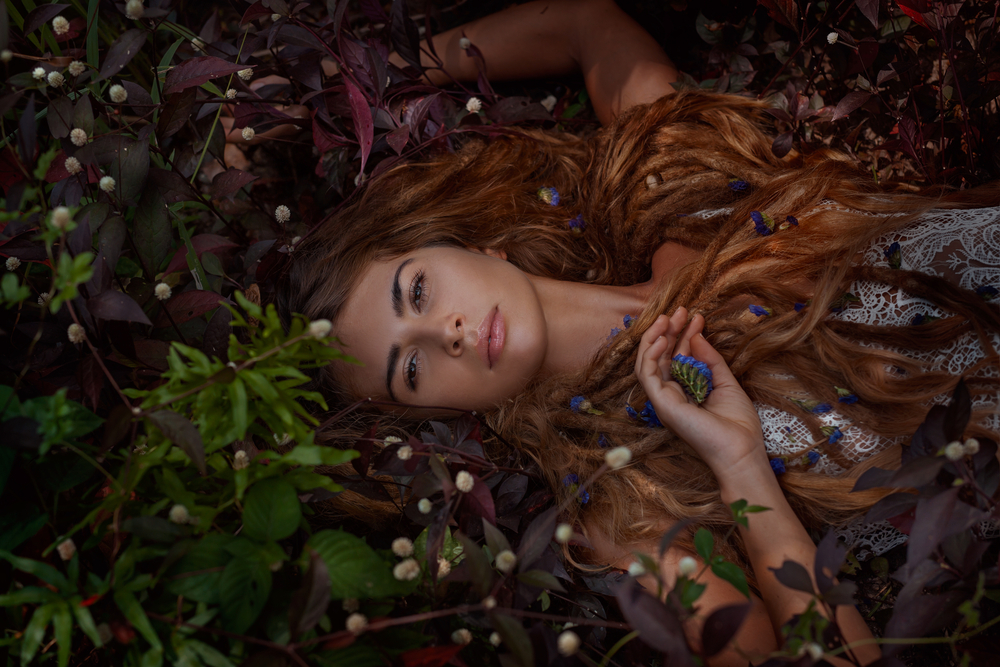 Ocean tides run higher during Full Moons; so do our internal emotional and etheric tides.  Pisces, the sign of the Fish, has a long association with the waters of life.

“Water as an energetic and psychological concept [is a metaphor for life’s] vital, nurturing qualities. Cancer symbolizes the amniotic waters of the womb; Scorpio, the murky swamp of the unconscious; Pisces, the timeless ocean of transcendence.

“Indeed, we thirst for Spirit in the same way we thirst for water. Either consciously or unconsciously, we strive to return to the otherworldly feeling of wholeness that is imprinted in the memory of our Soul. We are propelled through life by this memory, eternally in search of the same supernatural fulfillment through those things that seem to offer a glimpse of a pre-natal, archaic bliss – love, art, sex, and, in some cases, addictive substances that provide a temporary, intoxicating feeling of having transcended the mortal plane of existence. We long for the guidance and comfort of the connection with a higher reality, for the inner peace that comes from feeling aligned with the Universe/God.”

Lord of the Fishes

At 13 Pisces, this Full Moon is barely a degree away from Neptune. The Theosophists considered Neptune the modern ruler of Pisces, thanks to his affinity for the waters, as well as spiritual, undefinable longings, and deep wellsprings of compassion

“We’re experiencing emotional backwash from recent events, ours as well as humanity’s. Pain and devastation all over the globe are enveloping us, from unfathomable flooding, compromised water supplies, refinery shutdowns, the fate of the least powerful among us and much, much more.

“It hasn’t all been doom and gloom. We’ve been in an epidemic of positive, future-oriented and life-affirming developments. And those call for a protracted breather, too.

“It’s appropriate to be dazed and confused, to daydream, to sit on a beach (real or metaphoric) and chill, to declare it wine o’clock and leave work early, to binge watch fantasy or nostalgia, to succumb to overwhelm, at last, in a way that has not possible recently.

“Neptune on the Pisces Moon is dunking each of us in solvent. Our sense of self, of intactness and of separateness is in an energetic bath, dissolving the conscious control that the mind so loves. It’s like the magic of dipping tarnished copper into a cleaning solution. The copper goes in dark and discolored. It comes out restored and shiny.”

“Revelations and realizations will arise from that liminal space that simultaneously permeates and transcends reality; that immaterial space where the voice of the heart echoes undisturbed. As the veil between worlds grows thinner, the knowledge and guidance that flickers from beyond it will appear closer and more pervasive than ever, to the point of feeling more realistic and palpable than the so-called real world itself. Actual momentum in the physical realm might be next to nonexistent. The meta-physical plane, on the other hand, will be remarkably alive and vibrant, ripe with inspiration, and the limelight of the Full Moon (which also occurs in conjunction with Pisces’ [modern] ruler, Neptune) will work as an ethereal pipeline to the Spirit world.

“When the boundaries grow thin and porous, nothing separates us from each other, from our future, our past, our dreams or even delusions. Such is the ouroboric, all-encompassing nature of Pisces. A double-edged sword that, true to the infamous hall-of-mirrors effect that is often associated with this sign, might lead us to either the genuinely psychic experience of clairvoyance and communion with the Higher Self, or the ruinous shipwreck of deception (depending on what led up to this point).

Beyond the Sea by Bobby Darin

Venus also beckons at the fringes of this Full Moon. Pisces’ traditional ruler, Jupiter is in Venus’ sign Libra. Meanwhile Venus makes a tight inconjunct aspect to the Pisces Moon; Pisces is Venus’ sign of exaltation.

The ancients saw Jupiter was a planet of integrity, truth and revelations. And Venus is all that we desire, love and pleasure – as well as how we feel when our desires go unfulfilled.

Nadia Gilchrist explores how the Venus connection may unfold:

“There will be a rather exalted desire – a glittery and beautiful person/goal that you’re coveting. What you get may not be what you were hoping for, as the golden shell is peeled back to reveal something less attractive. But that doesn’t mean it will be a total fake. Reality rarely stacks up to the movie version, but there could be something solid beneath the shine.

“Or, you really could end up with a total fake. Much depends on how far from reality you’ve drifted. Remember that Neptune is never just about you or your desires. You’re more likely to be disappointed if you’ve been grasping for something subjective and personal. Neptune is transpersonal-look beyond what you want.“ 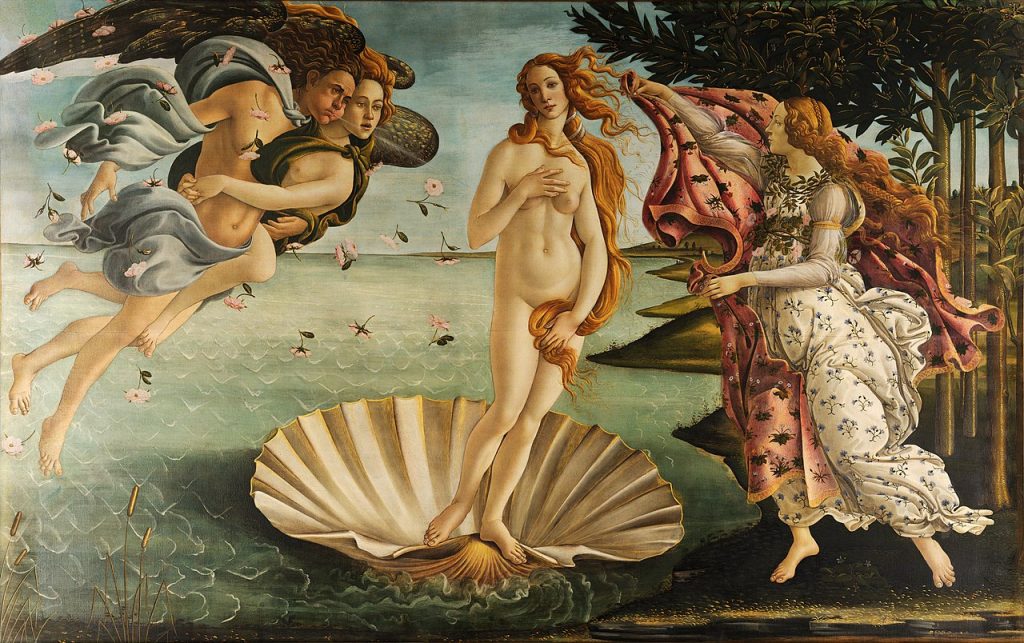 The Birth of Venus, Sandro Botecelli

With no other aspects to the Pisces Full Moon, Kathy Biehl also looks to the Virgo Sun’s ruler, Mercury, for some additional clues:

“The Virgo Sun will want to identify the necessary tweaks and draw up a to-do list. Futile effort, that.

“For one, it’s premature for the mind to act. Information is still being gathered and processed. The Sun’s ruler, Mercury is just ending a nearly month-long retrograde. He stations direct on the degree of the solar eclipse the day before this Moon. Once he goes home to Virgo three days later, on the Sept. 9, the emotional floodwaters will be receding and our minds will have a clearer picture — and, no doubt, a plan.

“For another, the answers lie outside reason. They may be in the sunset, in another’s eyes, in Dionysian indulgence, in mediation, in a dream, in the bathtub, in an act of unselfishness, in a visitation from spirit or angels or some other disincarnate force. [But] you can’t reach them by deliberate seeking. They’ll find you in the waters of the Pisces Full Moon. Give in to get out.”

Holiday in My Head, Smash Mouth

As always, astrology is a never-ending story. We can always go further in, and further up.

“The Full Moon falls betwix fixed stars Achernar and Ankaa. The main star for Pisces decan 2 is Achenar a very bright star in the mouth of yet another river. This one is the huge long constellation of Eridanus. This end of this river interestingly connects with Rigel in the foot of Orion, a resurrection god. It’s not surprising then this star is associated with religion and considered very fortunate, giving success and high status:

“Well-placed, it promises happiness and success by giving good morals, faithful adherence to one’s religious beliefs or philosophical inclinations. According to tradition, Achernar is credited with bestowing high offices in the church.” In modern terms this could also be a prominent spiritual leader or New Age guru. In a negative sense this could be a cult leader also.

“Close by is another resurrection star, Ankaa in the Phoenix “It is said to give a pioneering disposition, ambition and power, together with a long life and lasting fame.” A phoenix is: “A person or thing of unsurpassed excellence or beauty; a paragon” (American Heritage Dictionary) a supremely beautiful, rare, or unique person or thing” (Encarta).”

Decans are the 10 degree divisions of the Zodiac the ancient Egyptians used in their calendar system; each one defined by the fixed stars it contains, as well as planetary rulers assigned by various astrological systems over the years.

“The Moon is very happy in Pisces 2 due to its rulership here by triplicity (It’s the Cancer decan of Pisces). This placement in natal charts has certainly brought out some powerful and influential women in the field of medical science and healing. It would suggest playing god (Achernar’s influence) with the Moon representing the womb of the Petri dish. A Full Moon here questions whether to dispense with god all together despite Pisces 2 being such a religious decan.

“The lesson here is to become your own guru since those with Moon Pisces 2 often feel let down by god or spirituality in some way.”

Astrologers have also created different systems to assign meaning to individual degrees of the Zodiac. One of the most popular of the 20th century were the Sabian Symbols, promoted by astrologer Marc Edmond Jones.

The Sabian Symbol for the Pisces Full Moon is “A lady wrapped in a large stole of fox fur.” 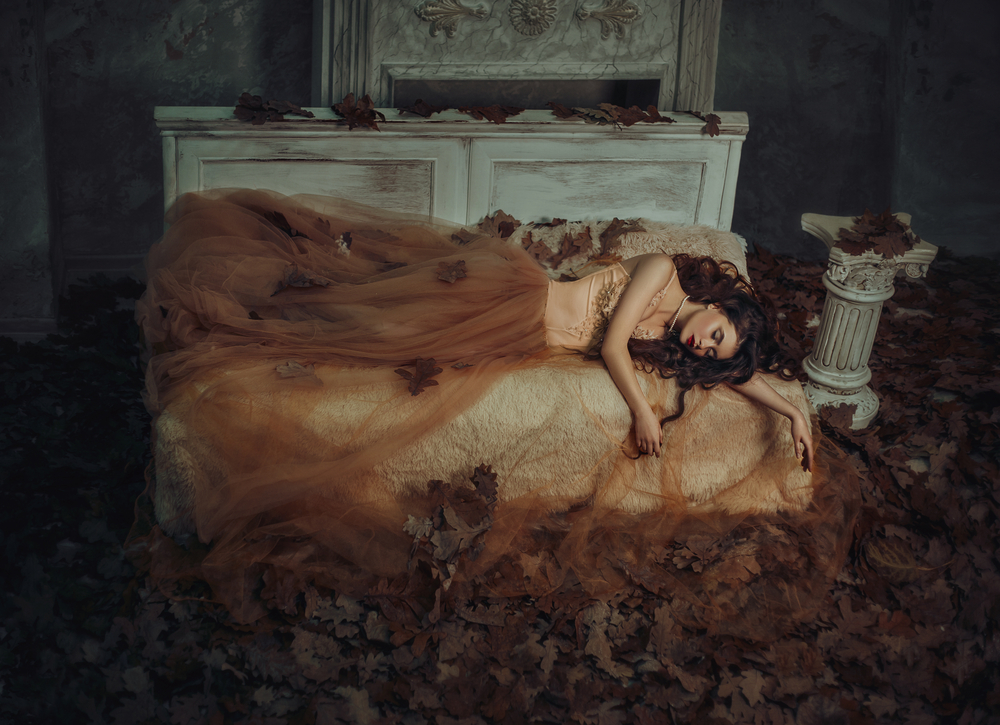 In his commentary on the Symbols, astrologer Dane Rudhyar wrote:

“In symbolism and mythology, the fox is always a clever and subtle animal. It represents the intellect at its early stage of “funning”‘ in a broader sense, it also refers to “intelligence,” considered as the ability to adapt to any and all life situations.

“Spiritual will and the ability to stand in facing tests are necessary in any crucial or challenging situation that an individual meets within a power-oriented groups. But the sword-like will often has to be shielded, and intelligence or acumen can be he most precious help in danger.

“What we see symbolized here is a self-protective way of meeting the inclemencies of weather, actual or psychic, which abound as one leads a life consecrated to a vaster Whole; for this very consecration arouses strong enmities. Unnecessary risks are forbidden to the Initiate, for the security of the Brotherhood might be endangered.”

Each night of the month, the Moon resides in a different sign of its own lunar Zodiac – a zodiac far older than our familiar 12-sign solar Zodiac.  In the Western astrological tradition, these were called the “Mansions of the Moon.”

The September Full Moon in Pisces falls in Lunar Mansion 27; its Arabic name is Al Fargh al Thani, but I called it “The Water Wheel” for short.

When the Moon is in this mansion, go with the flow. Give and receive support, and have a sense of humor. But, since everything is in flux, it’s not a good time to get attached to the outcomes, or embark on endeavors you hope will be permanent.

Drink deep in the waters of life. Savor your feelings. But don’t attach, or grasp. Water will always just slip through your fingers. There’s a profound lesson here.