Yes. You. Ready or not, it's time for blast off. All the sparks you've been feeling building are igniting with the Leo New Moon Solar Eclipse. Life will never be the same.

“A fiery new beginning on a collective and personal level.”

“This is heart-opening energy.”

It's been hyped as “The Great American Eclipse.”  It's a milestone for all of us, in its path or not. Let's see how astrologers around the web are sizing up the potential.

This is the year's second new Moon in Leo, the sign of courage, warm-heartedness and a flair for self-expression bordering on divine right.

“The Sun and Moon, conjoined in Leo are urging us to explore our hearts and brings warmth and light, to encourage us to stand up for what we believe in.”

July's Leo New Moon was at the sign's first degree. This month's is nearly at the last. The progression is significant.

“While the audacious, Mars-flavored Leo New Moon we experienced in July was akin to the initial thrust that set things in motion…  August’s New Moon exudes an energy that feels more resolute, uncompromising, peremptory – no hesitation, doubt or reticence will be allowed.”

“Last month, we might have seeded our intentions for an empowering, satisfying, confident new course; we might have envisioned ourselves building a life that finally proves and showcases our talents, skills and uniqueness to the world; we might have expressed our desire to shine, love and be loved, to the Universe.

“This time around, our voices need to be louder, our desires stronger, our wishes bolder. Most importantly, we have to feel the commitment to this future vision of self-fulfillment right into every fiber of our being.” 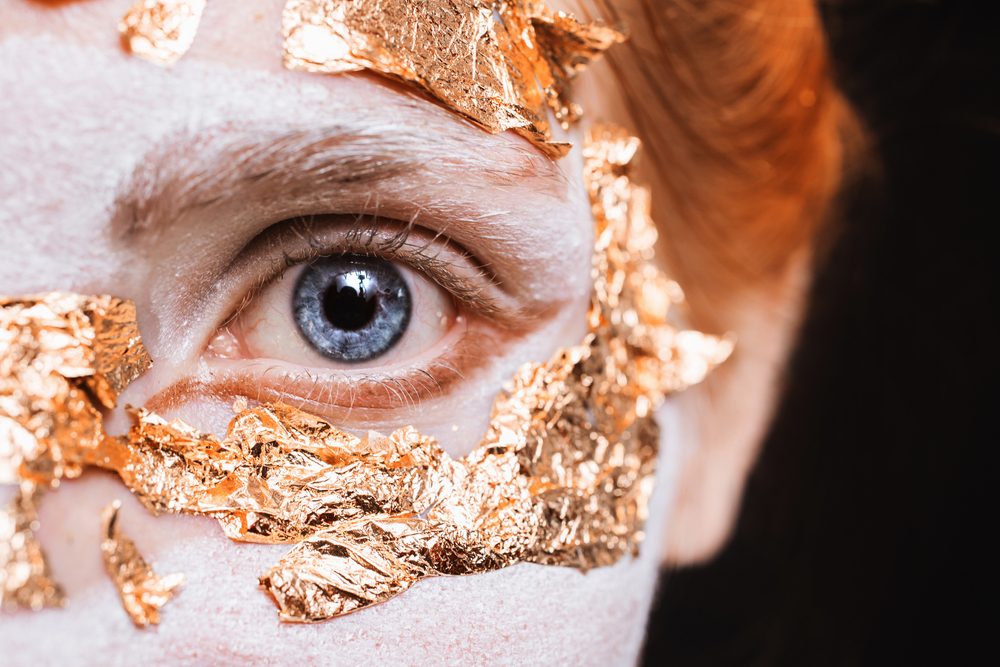 Lights Out; Lights On

This New Moon is a solar eclipse, which means the Moon will pass before the Sun and block its light. This eclipse is total, visible only in the continental United States, in a swath that stretches from Oregon to South Carolina. (Hence the “Great American Eclipse” moniker.)

Visible or not, the darkening and re-emerging light has an emotional, energetic and transforming impact on us earth dwellers.

“As the Sun is darkened by the shadow of the Moon, our intuition (the Moon) – wordless and irrational – overpowers your creative center and power (the Sun). The result is a bit like a short-circuit of your internal wiring. The fundamental laws of the universe no longer apply as the Sun’s light is temporarily darkened….[T]his is the time when magic can happen.”

“As a symbol, when there is a total eclipse of the Sun, there is a shattering of the ego. Since all the planets move around the central Sun in our solar system, symbolically then, the Sun sign reflects the heart of your identity. Whatever is your focus or center of attention transforms in some way after an eclipse.”

As if end-degree Leo wasn't sufficiently fiery, the skies are pouring fuel additives into the Moon.

Action hero Mars is conjunct the Moon, adding a fighting spirit, hair-trigger impulses and unseen hands (or boot) you feel at your back.

“Moon conjunct Mars is passionate about protecting family and those they love, but it is not so obvious on the outside. Revealing how much they care weakens their position. Everything is about strategy, instincts are extra-sensitive and there is a super-fast reaction to any outside threat. … Those touched by this aspect during this eclipse will be excellent in an emergency situation. A good example is a nurse out on the battle field, who needs to remain calm while sensing quickly who to treat first.”

The action has a monumental, even fated quality. Thank the conjunction linking the New Moon, Mars and North Node of the Moon.

“With the Eclipse landing on the North Node of the Moon, we’re being propelled through a space-time funnel directly into the many possible futures that await us, and asked to choose carefully, and live as if the future we strive to manifest is already happening before our eyes.”

The New Moon and company are forming a grand fire trine to Saturn, lord of order and the status quo, in Sagittarius, and Uranus, lord of disruption and innovation, in Aries. Those two have been inspiring self-actualization since they began traveling in a trine last December. 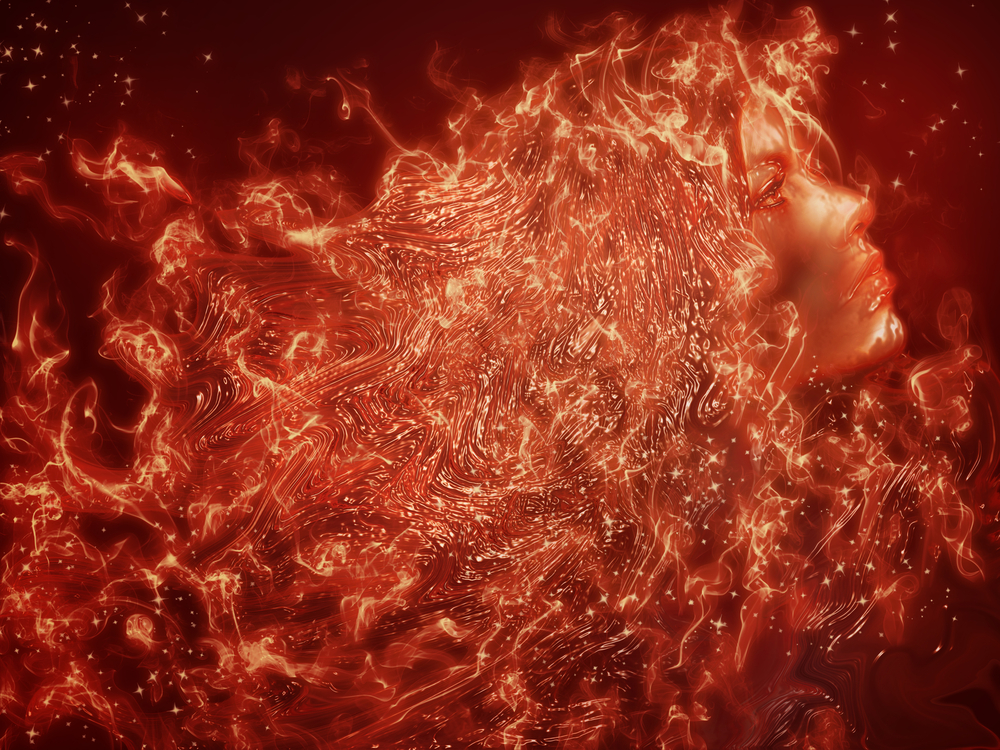 That's accelerating now. With the New Moon locking into the trine, we are on fire. The point of grounding? Jupiter in Libra, between the Moon and Saturn, acts as the string of a kite, in the form of relationship developments. (Translation: New, expanded, improved, departing, dead – they're all good.)

I Gotta Be Me

The tightest aspect in the grand trine is between the New Moon and Uranus, quick-change artist and advocate of the unconventional.

“The New Moon / Eclipse is also powered up by the trine with Uranus, ruler of the South Node, and of the Aquarius Full Moon / Lunar Eclipse that happened on August 7. This means we might sense a connection with the themes that surfaced at the time of the Full Moon: liberation, revolution, finding our “tribe” and cutting ties with a toxic, oppressive, restrictive past.”

“You can change your appearance to stand out from the crowd, taking pride in what makes you different than everyone else.”

“Moon trine Uranus brings out an abundance of radical and innovative energy. Rebels won’t give a fig about conforming to the status quo. This aspect should bring to fruition personal freedom, revolution and electric genius. For those touched by the Uranus transit the more outlandish they behave, the more the public seems to lap it up. This is an artistic aspect that supports original and eccentric minds. This Solar Eclipse favors innovators and inventors that think outside the box.”

Saturn, slowing to the end of a four-and-a-half month retrograde, is stoking fires that require commitment, responsibility and accountability. After the planet stations direct on August 25, four days after the eclipse. expect movement on matters that have been in progress since the beginning of April.

Watch for more to be revealed when retrograde Mercury stations direct on the eclipse degree, from September 3-5.

Beyond the movements of the planets, astrologers consider other details about how the sky appears at the moment of the lunation. A few of the most popular include things like the fixed stars or asteroids near the New Moon, degree meanings or the Lunar Zodiac signs.

The Moon makes an out-of-sign conjunction to Regulus, which entered Virgo in 2011. One of the four royal stars of Persian astrology, it is associated with rulers and regulating power.

“Regulus, the ‘Heart of the Lion' (translation of the Arabic designation Qalb al-Asad), and the brightest star in the Leo constellation, whose traditional name is Latin for ‘prince’ or ‘little king’, demands nothing less than loyalty and integrity, and a burning ardor that can match her warmth and brilliance.”

“A solar eclipse with Regulus gives success, power, authority, influence, honor and wealth. However, envy and hatred from enemies can lead to trouble, violence and downfall.”

Might the star's move to Virgo presage the coming era?

“This is the first solar eclipse conjoined to Regulus since then, marking a shift in power over the next 2000 years, which will be to governed less by the royal decreed of law, which signifies the old and dying order of the male dominated, kingly right to power towards the feminine sign of Virgo, one based on compassion, service and healing.” 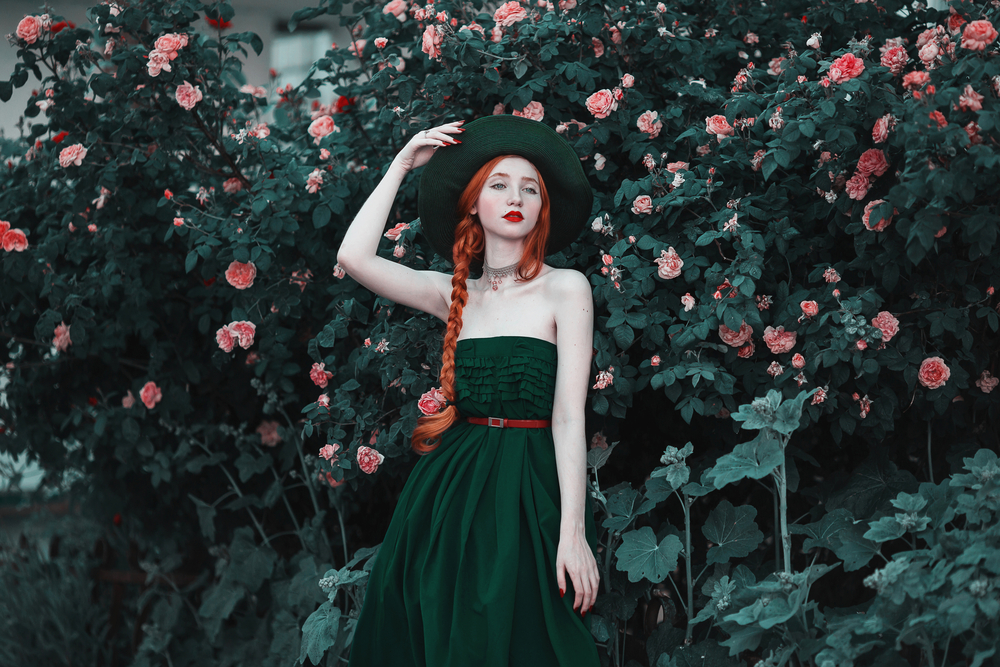 “Many astrologers speculate that Virgo will teach Leo to put aside ego, dispense personal glory, become more humanitarian and have respect for mother Earth itself. … Other ‘star seed’ type commentators describe a switch from service-to-self (Leo) towards service-to-others. (Virgo=Service, Aquarius=Others)…. A positive transition of Regulus into Virgo should hopefully give us a Hieros Gamos, the inner marriage within ourselves.”

Each astrological sign can be divided into three sections, known as decans (10 degree divisions of the Zodiac). This Moon is in Leo decan 3, which is ruled by Mars.

Marina Macario of Darkstar Astrology calls this decan “The Divine Right of Kings.” She sees the solar eclipse in this decan as calling on leaders to exercise tough love and make quick, if unpopular decisions.

“The roaring lioness who protects her cubs is the most obvious symbol of this solar Eclipse. At the mundane level this is the great patriot willing to die for their country…. At worst, those touched by this powerful solar eclipse will suffer greatly if they stoop to revenge, and they won’t care who else they bring down with them.“

The Sabian Symbol for the 29th degree of Leo is: “A mermaid emerges from the ocean waves ready for rebirth in human form” 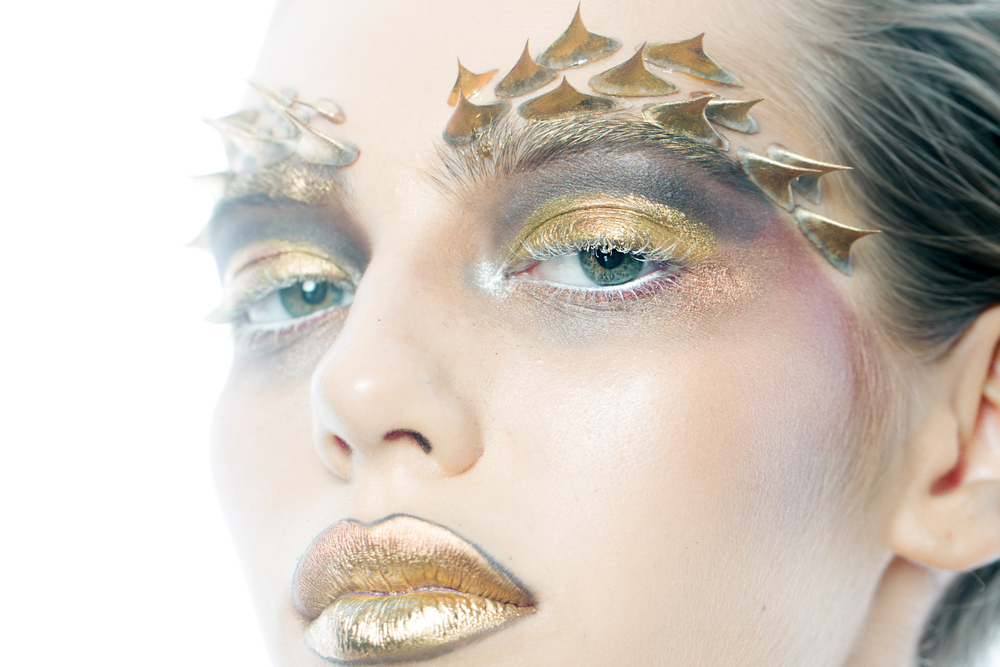 In his commentary on the Sabian Symbols, Dane Rudhyar writes: “The fire of desire for concrete and steady form burns at the root of all techniques of self-expression. An unconscious energy archetype is reaching toward consciousness through the creator, as cosmic Love seeks tangible manifestation through human lovers. The whole prehuman universe reaches eagerly to the human stage of clear and steady consciousness.”

Its meaning echoes Mars' role in the eclipse: self-improvement through conflict. Preferably with yourself.

“Do: Challenge yourself. Take responsibility for your own actions. Be inspired by others to improve yourself.

“Don’t: Disown your demons. Give in to envy and jealousy.”

Impulses that have been simmering are exploding into rapid, radical, exhilarating changes. Strap yourself in and enjoy the ride. You know how to fly this. It takes your own special sparkle. Your own special light.

Steer with your heart. Follow the energy that blazes within, that pushes you, that beckons you on. Leave timing to celestial clockwork. The gears will be moving for months, likely till the next eclipse in February.

Join us and countless Light-workers for the upcoming GLOBAL ECLIPSE MEDITATION SERIES and become part of a movement to Anchor Love on the planet today.