Now that summer’s chaos and confusion are dying down, a cosmic cleaning crew has arrived on the scene, courtesy of the September 2018 New Moon in Virgo.

“This is the Moon for you if you want to start something right – every detail will have a significant impact.”

“The Virgo New Moon delivers the goods – and the powers of perception – to make sense of life, and especially the recent past.”

“This New Moon will help you uncover secrets and overcome your fears. And this will lead to more confidence and success.”

Let’s take a look at how astrologers around the Internet are sizing up this September 2018 New Moon in Virgo. 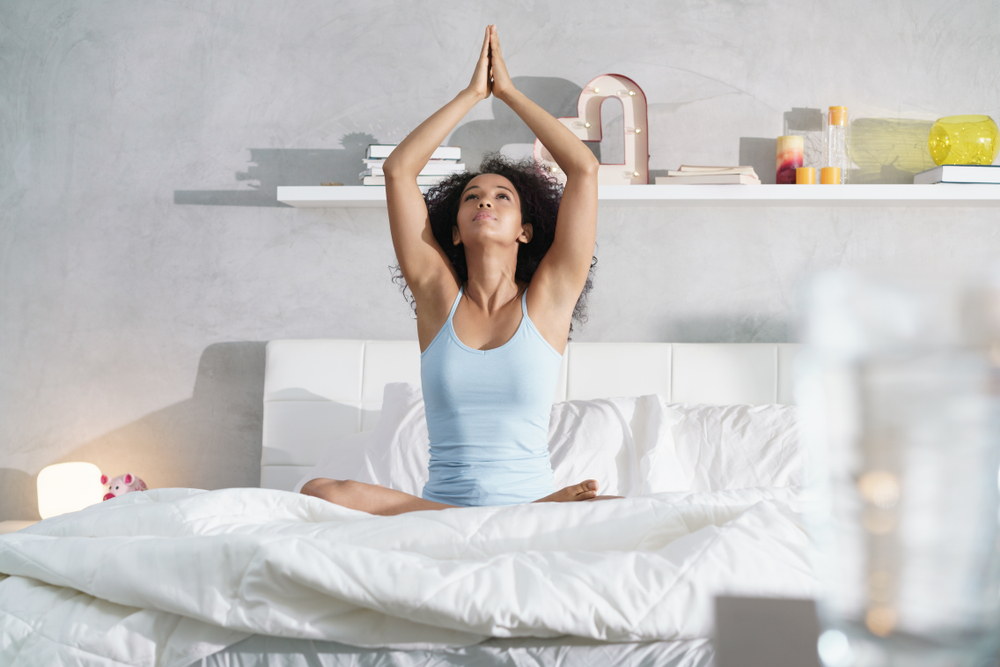 A New Moon occurs every month when the Sun and Moon occupy the same Zodiacal degree. The sign of their meeting sets the tone for the phase that unrolls over the following four weeks.

The Virgo New Moon’s gifts include, in the words of my forecast, “analytical thinking, discernment, identifying areas and means for improvement (in everyone and everything) and bringing order and regularity to schedules, routines and habits.”

It’s All in Your Mind

Virgo’s potentials are heightened and refined because of the recent activity of the sign’s ruler, Mercury. The cosmic messenger is coming off a paradoxical experience, the stabilizing awakening of a grand earth trine with Saturn in Capricorn and Uranus in Taurus. My forecast explains:

“Mercury is abuzz with grounding insights from his recent dance with order-loving Saturn and radical change agent Uranus. Their grand trine, exact two days before the New Moon, infuses our information, communication and transportation flows with responsibility, containment, ramifications and consequences, with jolts and twists in perspective and innovative approaches. The teamwork also spins out more of the story from Saturn and Uranus’ grand trine with the Sun Aug. 25.

“All of this, the shifts and the backstories, hang in the air (well, actually, come to ground is more like it) and color our Virgo missions under this New Moon. They affect the way we see life, think about life and talk about life from now on. It’s as if we’ve received new glasses or had cataract surgery.” 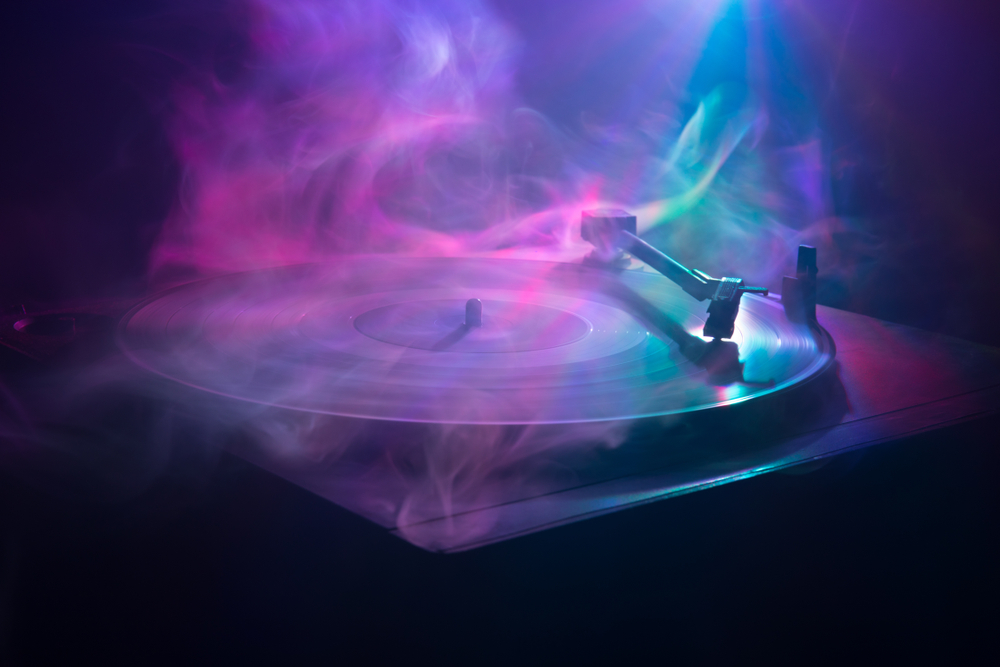 Can You Hear Me Now?

Adding textures to the clean-up vibe, the New Moon links to the other three outer planets.

The result could be tricky but ultimately productive. My forecast sets the stage:

“Neptune’s enjoying heightened allure and mystery from a loosening trine to Jupiter (which was exact on Aug. 19, but still close enough to be in force).

“He’s beaming a gentle fog that could contain fantasy, or romance, or bliss, or fairy dust, or just plain dust. No matter; the opposition provides distance on whatever he’s emitting. The separation, plus this line-up’s enhanced powers of discernment and perception, help us find the illusion, delusion and lies in his seemingly gentle mists.

“Watch for questions like: What is real and what is illusion? What is fake news? As a recording tape manufacturer used to advertise, what is live and what is Memorex? What is fool’s gold – sparkly and shiny but of no lasting value – and what is treasure?” 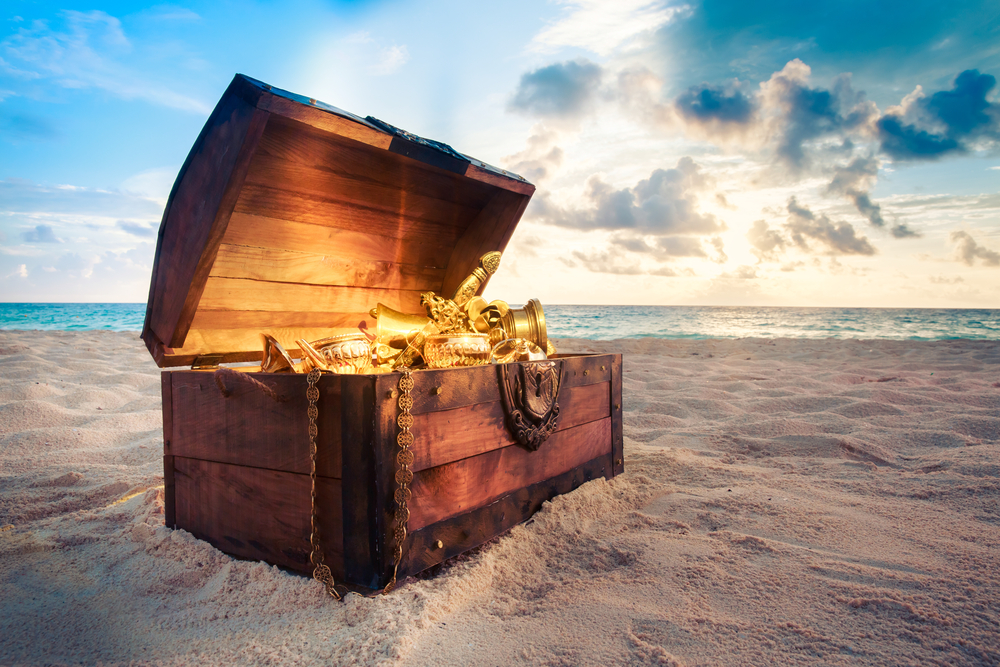 “This is a challenging influence that makes you more susceptible to confusion and deception. And this can lead to insecurity and discouragement. But …. there will be many opportunities to clear up any misconceptions or confusion.

“Other possible challenges include ego conflicts, and fear of competition or dealing with assertive people. Sneaky people may try to take advantage of your kindness and compassion. Then there are the tricksters, charlatans and others trying to sell you things you do not need or that do not exist. Difficult Neptune aspects also bring gossip, scandal, secrets and lies.”

“There will be a pull to forget, overlook or blur the facts. Maybe you're trying to confirm something but you'll be dealing with crosscurrents that urge you to give up. Perhaps this new beginning will be in danger of dissolving before it gets anywhere.

“With those very supportive Jupiter/Pluto aspects [see below], this is something you want to work on. It may be a struggle to keep your focus, but it should be worth it.”

“If you work to transcend your complacency, you’re going to find yourself fortified in ways you can’t even fathom.”

Pluto in Capricorn also casts a supportive gaze toward the New Moon. The impact on our minds is focused, purgative and intense. And ultimately clarifying.

“Pluto, lord of transformation, is moving in sync with the New Moon, easing cleaning, purging, restructuring and getting to the bottom of any project/problem/issue our minds tackle now. (He’s also encouraging evolutionary-scale changes in thinking and habits. Change your thinking; change your life is not just a catchphrase).”

“The sensitive Moon combined with the sometimes hellish transformation of outer-planet Pluto is going to be hard to carry on a personal level. So we’ll need to channel this intense, penetrating and occasionally ruthless energy into something creative. The artistic products are not going to be light-hearted or bubble-gummy. Instead, the products will have a tinge of the underworld and/or make powerful political statements. Art made at this time will be profound and involve deep exploration of the Shadow. Sometimes there will be an obsession with taboo sexual practices either as a proclivity or as something they need to expose as corrupt.”

“New Moon trine Pluto gives the intense focus and determination to uncover secrets and expose lies. It increases your self-confidence and gives the power and influence to deal with competition and assertive people. An intense drive to research and investigate will help you understand complex subjects. Consequently, this will help you avoid confusion and misunderstandings.” 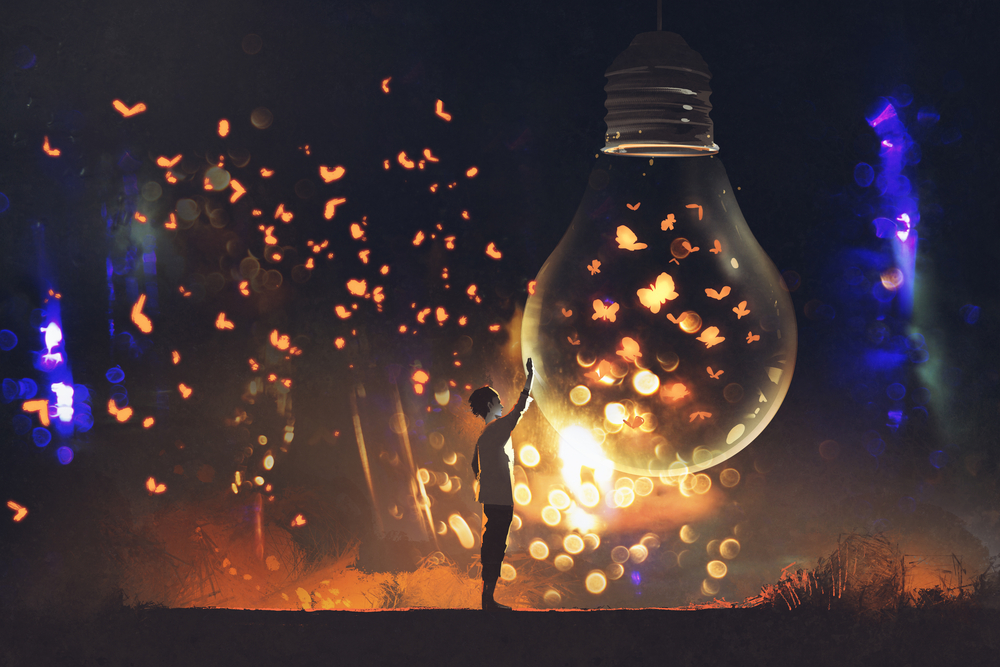 It’s not all dark and heavy. Levity and optimism are on offer through the Moon’s sextile to Jupiter.

My forecast looks at it as a dance:

“Jupiter in Scorpio has a hand outstretched, offering sultry moves (as well as expanded perceptions and the ability to look below the surface).”

“Moon sextile Jupiter is a beautiful blossom of an aspect that seems to breed writers of song or word in particular since Jupiter rules publishing. The imagination is expansive and pioneering, inspired by overseas or inner travel. This energy will always support having strong roots though, no matter how far afield it may voyage. Moon sextile Jupiter attracts benefactors but always pay back generously those who nurture and supported young talent.

“New Moon sextile Jupiter brings good luck and happiness. It also gives the honesty, morality and ethics to avoid deception and lies. Jupiter makes you more generous and hospitable. It gives the enthusiasm and optimism to start new projects and set your New Moon goals. The growth you experience from the New Moon will be material and spiritual, with opportunities coming your way to increase your wealth.”

If you’ve heard a door slowly creaking open somewhere in your psyche, it may be opportunities arising from the slow-forming sextile between uplifting Jupiter in Scorpio and transformative Pluto in Capricorn, exact just three days after the New Moon.

“Jupiter sextile Pluto brings success through positive change. You will not have to force change or react to unexpected change. This is a natural development in your life associated with increased power and influence, spiritual and personal growth, wealth creation and professional advancement. Powerful forces are working behind the scenes to promote you to a higher level. Maybe you could get a promotion at work with more of a leadership role.

“A strong urge to reform something in your life will coincide with opportunities to do just that. So the New Moon can bring great satisfaction with your achievements. It is especially helpful is you have a fear of success. Greater influence and popularity will likely come with your success. It is also possible that a person of power and influence will dramatically transform your life.”

The heavens are vast, and so are the techniques astrologers have used to explore them. Let’s look at how some of these add meaning, nuance and depth to the Virgo New Moon. 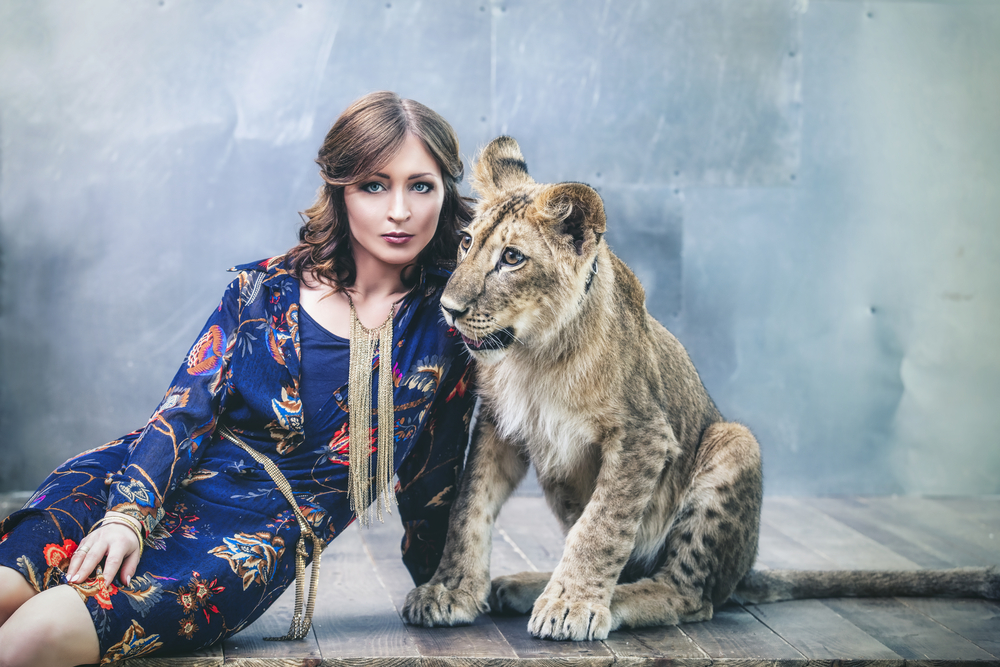 “Mizar is found in the Great Bear’s tail and in the macrocosm is ‘connected with fires of a catastrophic extent and mass calamities. In personal charts, Mizar is not helpful if conjunct with “bad” planets. It is not wrong to assume that, besides these handicaps, artistic emanations can also be attributed to Mizar.”

“The energy is also good for ‘tamers of wild beasts, that is men to teach bears, bulls and lions to lay aside their fierceness and share in human ways.’ [quoting Manilius] You can see where Virgo’s reputation as a healer comes from.”

Each astrological sign can be divided into three sections, known as decans (10-degree divisions of the Zodiac). This Moon is in Virgo decan 2, which is ruled by Venus and Saturn.

Marina Marcario, Darkstar Astrology, says this decan “has the patience to handle the most difficult or disturbed human beings.”

She explores the decan:

“Most of the stars here have a Saturn/Venus nature, which is going to make them all rather bittersweet….The Persephone myth then, turns up here, just as in Virgo decan 1, but becoming even richer and darker. This Venus-ruled decan is more like Babylonian Ishtar, the goddess of love and war.”

The Sabian Symbol for the 18th degree of Virgo is: “A Ouija Board.”

In his commentary on the Symbol, astrologer Dane Rudhyar gave this Keynote: “The ability to contact deeper recesses of the unconscious psyche and sensitiveness to psychic intimations and omens.”

Everyone’s familiar with the 12-sign solar Zodiac. But did you know there’s an even-older 28-sign (or 27-sign) lunar Zodiac? In Western astrology, these lunar signs are known as the Mansions of the Moon.

The September 2018 New Moon in Virgo falls in Lunar Mansion 13, which the Arab astrologers called Al Awwa (the Barker). Donna Woodwell of Donna Philosophica nicknamed it “The Alchemist.”

The mansion’s purpose is “for passionate and creative union.”

Donna advises: “Be creative, unleash your passion, pursue romance, and unite opposites. Just don’t make long-term commitments that might confine you. Never give up on finding what you desire.” 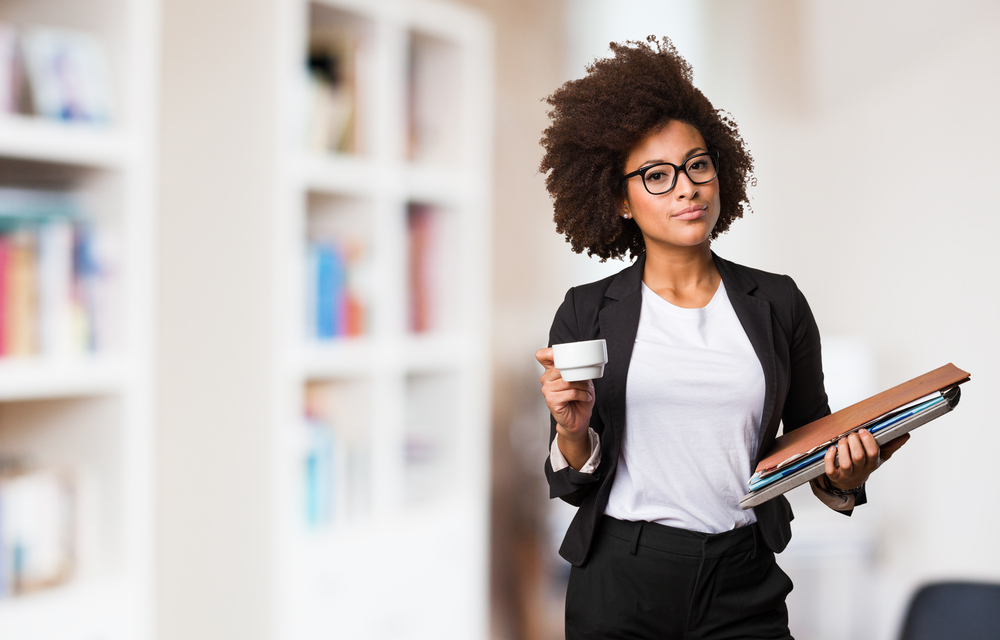 The September 2018 New Moon in Virgo combines the sign’s logic, cleaning and organizing prowess with awakened, intensified and clarified perceptions. My forecast sums up the potential:

“We have the ability to perceive what treasure has come into being…When you spy it, odds are illusions will lose their hold, if not appeal.

“So we’re getting down to work. And we really want to work, since it doesn’t feel futile for a change. To the contrary, talk and investigating and thinking are actually making a difference.

“See if you don’t find yourself evaluating, analyzing, scrutinizing, sorting and recognizing, using new tools and technologies to make sense of life as it has become. This Moon phase will demonstrate unmistakably the nature of the terrain where life is now taking place – and that no pathways exist to take us back to where we’ve been.”

And remember the fast-food workers’ slogan: Time to lean is time to clean.