What’s more important to you? Being loved or achieving your goals? During the Mar. 27/28 Aries New Moon, you may discover you need to decide.

As usual, astrologers from around the web offer sage advice on how to best navigate the opportunities of the upcoming Aries New Moon:

“Everything feels fresh, new, shiny and bouncy. It all looks very tempting. But Venus is retrograde! So ‘to boldly retreat’ might be this New Moon’s motto, especially in relationships. Though some impulsive souls still could jump first and think later, this is why we could see many scandals, accidents and rash decisions in the news around this time. Ones that may be regretted later.”

“Everyone’s got free-agent status right now, emboldening them to act in their own interests, alone, and stand up to — or preemptively attack — obstacles, opposition or competition. We’re all young rams, bursting with energy, testing our footing, prowess and horns, and answering a natural call: Just do it.

“Yet this year’s Aries New Moon is not all charging and leaping and pouncing and adventuring. It also encourages staying put now and again and savoring — much like Star Trek’s Captain Kirk pausing a mission and indulging in a romantic interlude.

“So the thrill of the chase isn’t the only imperative. Enjoying the catch is as well. And maybe having a snack.”

Impatient for the details? Let’s dive in!

Astrologers’ often advise the New Moon is a time to seed your intentions for the upcoming “moon-th.” As the first New Moon of the Spring season — also called the astrological new year — the Aries New Moon is an especially significant time for visioning the trail you want to blaze.

“New Moons are a great time for a new start, and especially the Aries New Moon. The Sun is exalted in Aries, and conjunct the Moon binds emotion and intuition with vim and vigor. The previous lunation [was] a great time for a spring cleaning at all levels of living.

“Well, the cobwebs are as clear as they’re going to be for a while and this Aries New Moon plows full speed ahead on freshly open roads.”

“Although the Moon has no special dignity here… this period is great for the lone entrepreneur who works tactically. Here the Moon does not lean on others emotionally and is not afraid of working solo. Those touched by this Aries New Moon are also not molded by what is popular or what loved ones expect of them. It is a time of inventions, some that are controversial, but others fantastically unique due to not being influenced by the mainstream.”

The Lord of this lunation is Mars, who recently left home to visit neighboring Taurus. Meanwhile, the Lady of Taurus – Venus – is still dallying in Aries. In short, they’re trading spaces.

“Venus and Mars are currently enjoying a balance of power and working in unusual harmony. Each is in a sign ruled by the other: Venus is in Mars’ base, Aries, while Mars is in Venus’ spring home, Taurus. This relationship, called mutual reception, means that any influence on one of them also resonates with and affects the other. Neither is operating in a vacuum, but as part of a unit.”

So, what does this mean for us?

“Flirtatious fighting! To paraphrase Tina Turner, this Aries New Moon can do things nice and easy, but it’s more fun to serve it up nice and rough…”

“Venus retrograde complicates your new Moon goals. If already in love then an ex-lover arriving on the scene may cause problems. Instant attraction and whirlwind romances are possible, whether single or married. Choose your options carefully. Hasty decisions based more on lust than love will only end in sorrow.

“You can find true love but some hardship or delay can be expected. These shared burdens are a sign of fated love and the price you must pay to be together. Self-love, patience and good timing will increase your chance of a loving and lasting relationship.”

“Where this New Moon is going to sting will be in areas of love and worthiness. The lunar cycles sensitize us to the larger picture; Venus retrograde in Aries is fighting for the right to individuality and recognition in relationships of every stripe. Venus retrograde in Aries, in detriment, must fight harder to have its inherent worthiness recognized than it does in other signs, where such things just happen more naturally and with less friction.

“So, trying to right the wrongs in our personal lives is going to step on some toes during this transit. This Aries New Moon brings this fight home. Push, and be pushed back! Maybe for some this will only take the shape of standing up for oneself and not letting their values be diminished any longer. For some, this New Moon could spell real relationship troubles or even arguments or breakups, though obviously that depends on how a chart is uniquely affected.”

A Little Help from Some Friends

Of course, any lunation simply punctuates what’s unfolding in the continuing sky saga. So astrologers point out a few other alignments concurring with the Aries New Moon:

“Mars in Taurus perfects an easy sextile to Neptune in Pisces… the same day as this New Moon and helps marry energy with vision and intuition. The Mars-Neptune sextile also helps diffuse enough of the martial energy to keep this New Moon from getting too abrasive.”

“Mercury… will be separating from a conjunction to Uranus the previous day, and there should be a lot of exciting and/or unnerving information to work through. Outside the box thinking and creative solutions are favored here.”

Then, with Mercury’s approaching a trine with Saturn in Sagittarius Mar. 29, pragmatic, structured implementations to your innovative ideas may manifest faster than you imagine. Catch the wave! 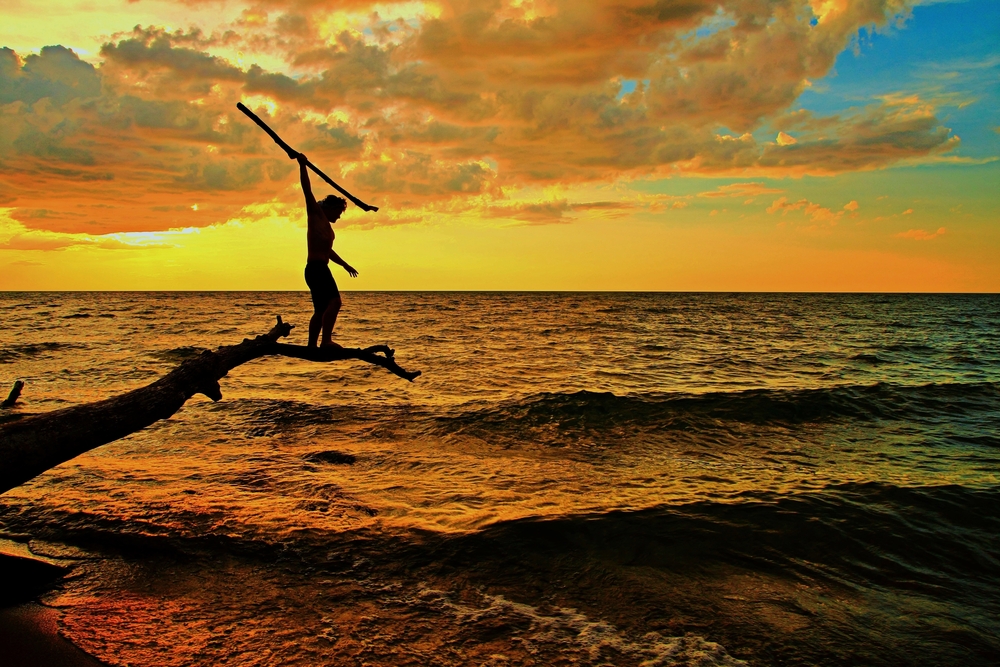 Of course, Uranus is also involved in the slower moving T-square that’s been dominating the month’s astral atmosphere:

“Uranus in Aries is also involved [in the slow moving] cardinal T-square involving Jupiter in Libra and Pluto in Capricorn; Jupiter squares Pluto exact on Mar. 30 and that usually brings movement in power dynamics and leadership, particularly where money is involved. Aries is a pioneering sign, so if you feel big changes occurring around this time know that it’s better to be assertive rather than passive. Mars in Taurus: grab the bull by the horns!”

Astrology is an expansive subject; there’s always more to learn, or more things to consider when searching to decode meaning in heavenly portents.

Since ancient Egyptian times, each Zodiac sign has been divided into three, 10-degree segments, or decans, each with its own flavor.

“Austin Coppock says Moon in Aries decan 1 develops emotional self-reliance but has ‘a difficult time creating and maintaining emotional relationships with others, especially those relations which place the natives in a position of vulnerability.' This may be the reason for success here, since we can become married to our work. We are so emotionally connected with our mission that we make passionate fighters for our cause whatever it may be. This is a time for activists and those who are willing to be heroes for their family or greater tribe. In the wider world there will be those who act quite ruthlessly in order to preserve the integrity and independence of their homeland.”

Astrologers have also assigned meanings to the individual 360 degrees of the Zodiac Wheel. The most popular degree symbol system of recent times are the Sabian Symbols.

The Aries New Moon falls in the 8th degree of Aries; it’s symbol: “A large woman's hat with streamers blown by an east wind.”

Astrologer Dane Rudhyar wrote that “the image symbolizes a stage of development of consciousness in which the nascent powers of the mind are both protected and influenced by energies of a spiritual origin. This suggests a probationary stage in the process of individuation. Under protective guidance, a receptive person is influenced by spiritual forces.”

Once upon a time, in a world far older than horoscopic astrology, the Moon had her own Zodiac. It forms an essential element of Indian and Chinese astrology; in Western astrology, it was called the Mansions of the Moon.

This Aries New Moon falls in Lunar Mansion 1 Al Sharatain, which I nicknamed The Lance to make it easier to remember.   It’s an auspicious time to passionately pursue a course of action. Act boldly and independently, try something new, make a change, or take a stand. But best not to begin a partnership, marriage, or other actions that require compromise. 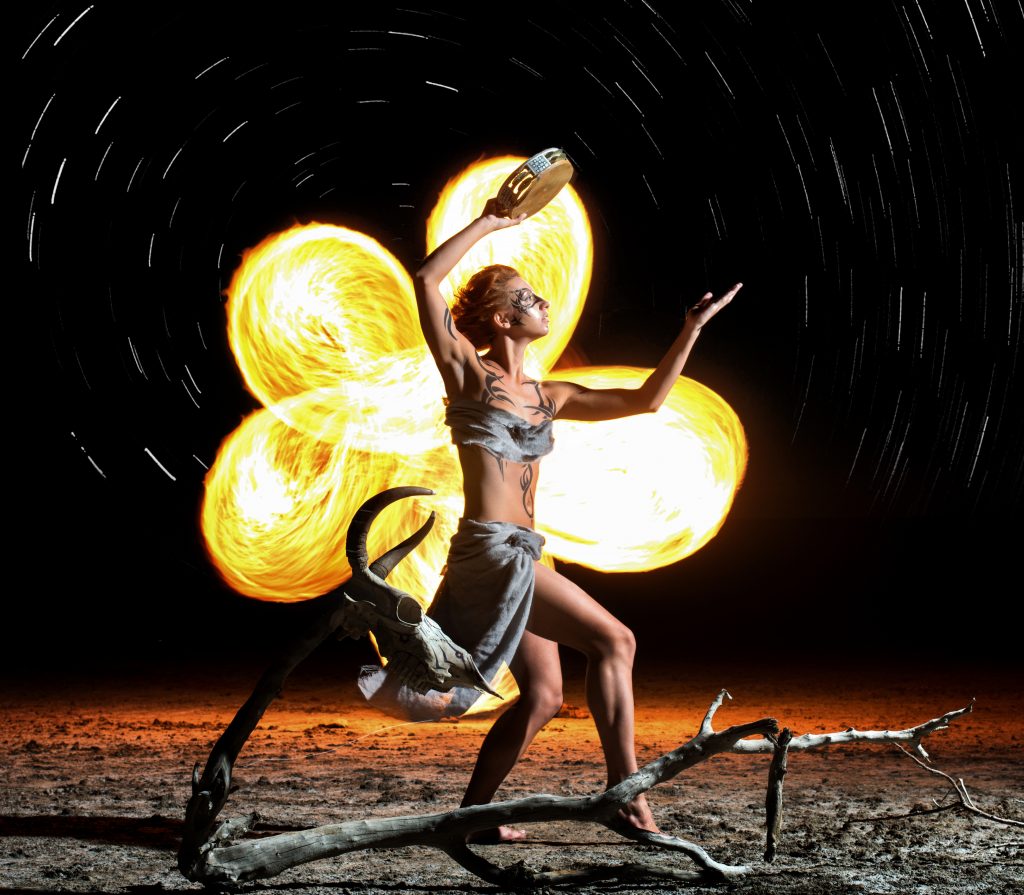 The Aries New Moon inspires action, but a nearby Venus retrograde might have her own pleasure-seeking agenda. You may need to ask yourself how your need for love, pleasure — or just a time out to smell the roses — fits in with your plan to blaze your own trail.

New Moon Around the World

Year of Astrology will be Re-open for Enrollment Soon – Join the Waitlist!