The ancients feared eclipses. Should we? Should President Trump?

According to astrologers, the upcoming total solar eclipse in August portends major changes for the United States over the coming months.

“Our nation is literally being eclipsed,” says Kathy Biehl, a New York City area astrologer. “It heralds the beginning of major shifts in the American psyche and culture.”

“It’s the ‘Great American Eclipse’ on so many levels. It’s linked to the U.S. birth chart, as well as to other eclipses preceding pivotal moments in our nation’s history, such as the bombing of Hiroshima and the assassination of JFK,” Kathy explains.

“And, if the birth information we have for President Trump is correct, it’s also occurring at a pivotal place in his own birth chart. He can expect some big changes in his own life over the coming months.”

As more than 200 million Americans can view the August eclipse at least in part, not to mention the billions around the world who will join in via online broadcasts, the event will likely become the most-watched cosmic event in human history. 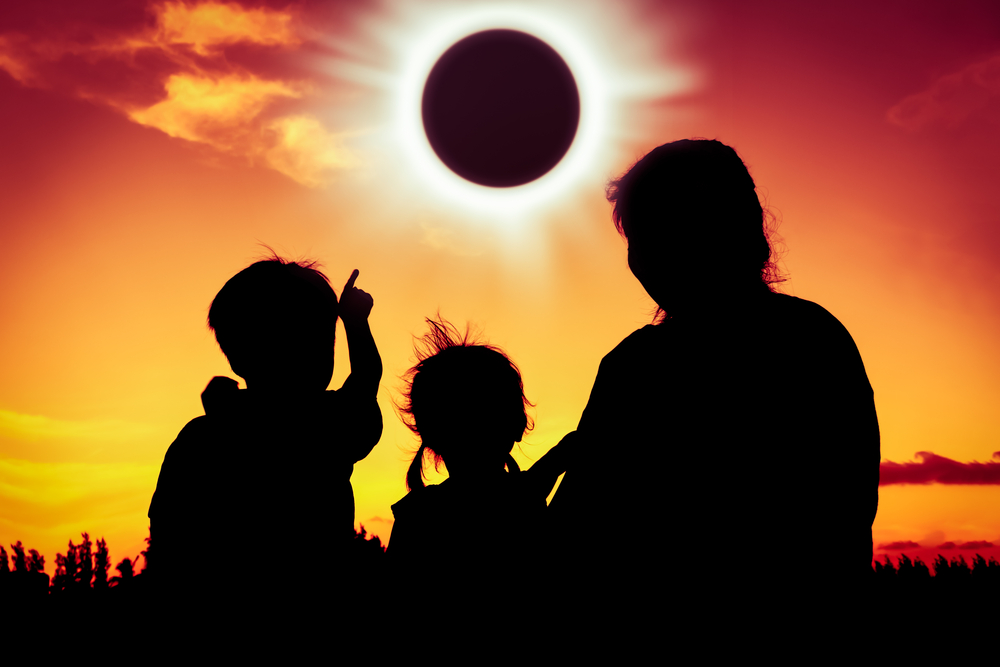 “Anyone who’s ever witnessed an eclipse raves about the feelings of awe and transcendence. It’s a moment of cosmic connection people remember for the rest of their lives,” explains Amanda Walsh, our Astrology Hub founder and CEO.

“This is the stuff of astrology too, and why we’re called to help people be a part of it.”

You see, to professional astrologers and astrology lovers, astrology is about more than just the familiar horoscope columns. And, though eclipses have been viewed with dread, or as ill omens, they’ve also been viewed as moments of change and opportunity.

“You bet astrologers are excited. It’s no surprise that eclipses have inspired artists and poets for millennia. Eclipse images are found in alchemical texts and on ancient tombs,” said Donna Woodwell, Astrology Hub's managing editor.

“In cultures around the world, eclipses have become a symbol for the evolution of the world soul. They represent the union of polarities – of male and female, heaven and Earth, spirit and soul. This is the alchemical ‘Great Work’ written in the sky,” Donna explains. “It’s an opportunity for us to choose what we want to create.”

To tap into this transformative power, Astrology Hub is hosting a special global meditation over the two weeks preceding the eclipse.

Each day between Aug. 7 and 21 during the free, live online event some of the world’s top spiritual teachers and professional astrologers will offer a guided meditation on how to anchor love on a personal and collective level.

Astrology Hub will donate all profits from the sale of recordings of the Global Eclipse Meditation to Ivy Child International. Ivy Child’s mission is to provide universal mindfulness education to children and communities, prioritizing urban populations and their multicultural needs.