Prepare to roar. The first of two New Moons in Leo blesses us all with the courage of the warrior. It’s a gift for which you may be grateful in the coming weeks as we head into eclipse season’s darkness.

Astrologers around the web help us prepare for the July 22/23 Leo New Moon:

“The effect could be as basic as rekindling the joy of being alive. This New Moon is an opening to fall back in love with life, and with yourself. (Guiding image: the child in the Sun card of the Tarot, naked, happy, guileless, basking in the warmth of the rays.)

“Delight in being you. It’s fun, and after this year, who couldn’t use that? Plus it’ll lure curiosity seekers, who’ll check out the action — and playmates who share your delight. And probably add to it. (Cue the Sesame Street theme, ‘Somebody Come and Play.')”

“It takes a sizable amount of energies, blood, tears, sweat and faith to blossom into someone we can truly be proud of. It takes even more courage to openly express our newfound confidence and self-worth in the face of a world that only encourages quirks and differences as long as they don’t pose a threat to the system. In spite of this — or because of this — we owe it to ourselves to shine like beacons of Life and courage in a morally and spiritually bankrupt society, so that we can attract more of the same.

Since the Moon’s synodic cycle is a bit shorter than the average month, every 2-1/2 years, we have two New Moons in the same sign. (Last time it happened was in Jan.-Feb. 2015 when we had two Aquarius New Moons in a row)

This brings an extra emphasis on the lunar lessons of Leo. We’re called to integrate our subconscious needs for safety, comfort and belonging, with our desire to shine our light into the world. 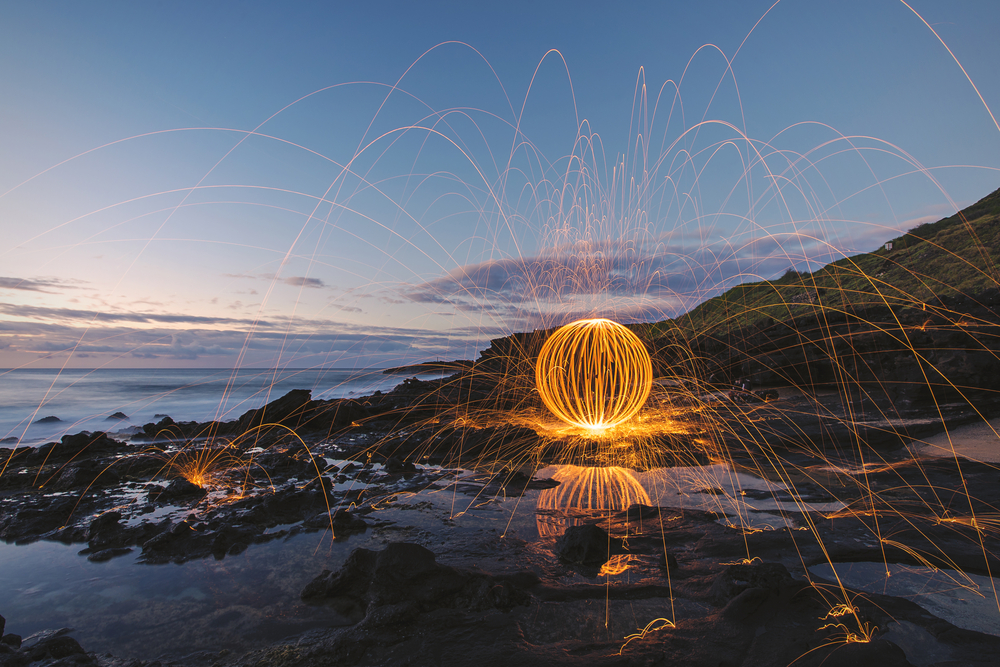 “This New Moon is the first of two we have this year in Leo. It is at the very beginning, in the first degree, unleashing the rawest, purest, most childlike expression of the sign of the self. It’s sparking energies that will propel us dramatically forward at the second Leo New Moon, which is the total solar eclipse, at the very end of the sign, on Aug. 21.

“Think of this month’s as priming a pump, or striking flint, or lighting kindling in a bonfire. Yes, those metaphors will play out in situations and events, but the more important location of their influence is inside you. This New Moon is stoking your inner light, and good luck holding back. Why would you want to, anyway?”

“Because of the collective fixed emphasis, it will feel like many are just digging their heels in for the hell of it. But this immovable energy is at odds with the hard … aspects which just want to ‘blow the bloody doors off’ (To quote Michael Caine..) Those touched by this New Moon will feel stuck between stubborn ‘Baby boomers’ and brattish ‘Millennials’. Time to call the spirit of the ancestors in to knock those generational heads together!”

The Leo New Moon is tightly aligned with the red planet Mars, patron of warriors and those who take up the call to bravely follow their unique path in the world.

“There's … a sense of raw potential, because a New Moon is only the first step. And Mars is pure instinct. You may not know exactly where this one is going, and that's just fine.

“If you're trying to get something started, this is your Moon. It's sizzling with initiative and confidence.”

“It’s not taking no for an answer, either. Mars, planet of push, is fused with the Sun and the Moon and kicking you (and everyone in creation) into action. Whether that’s a playful nudge or a boot in the backside remains to be seen. And could be both….

“This isn’t a formula for lazing about in the Sun, though. The Mars-powered New Moon delivers the juices to push yourself forward, and how. Watch for power surges that arise organically, naturally and instinctively — you set out in a direction and whoooosh! Passions overtake and consume and set you on fire.”

Zodiac Poetry’s Cristina dives even deeper into the psychology if this Moon:

“Becoming who we are destined to be, and mustering the strength and dignity to live openly and unapologetically, often looks like a battle. Against ourselves, our past conditioning, our trauma, the status quo. Still, the real defeat is giving in to spiritual and emotional inertia, refusing to fight in the first place…

“The martial flavor of this New Moon makes even more sense in the light of the fact that Leo will be booked by two New Moons this very year – this one, and Aug. 21’s Solar Eclipse at 28 degrees. In the case of this first Leo New Moon, Mars represents the initial thrust that sets things in motion – the first surge of fiery energy that opens into this new cycle of self-love and self-expression. But what we are in the process of starting under this New Moon will continue well into August, and then require follow-up adjustments and updates or go through further developments over the course of the next month.”

The fiery Leo New Moon-Mars combo is also struggling with an out-of-sign square with Uranus. Out-of-sign aspects may be powerful motivating forces, though they are a bit harder to bring to consciousness. Like the word on the tip of your tongue: you know you must, but you’re not quite sure how. 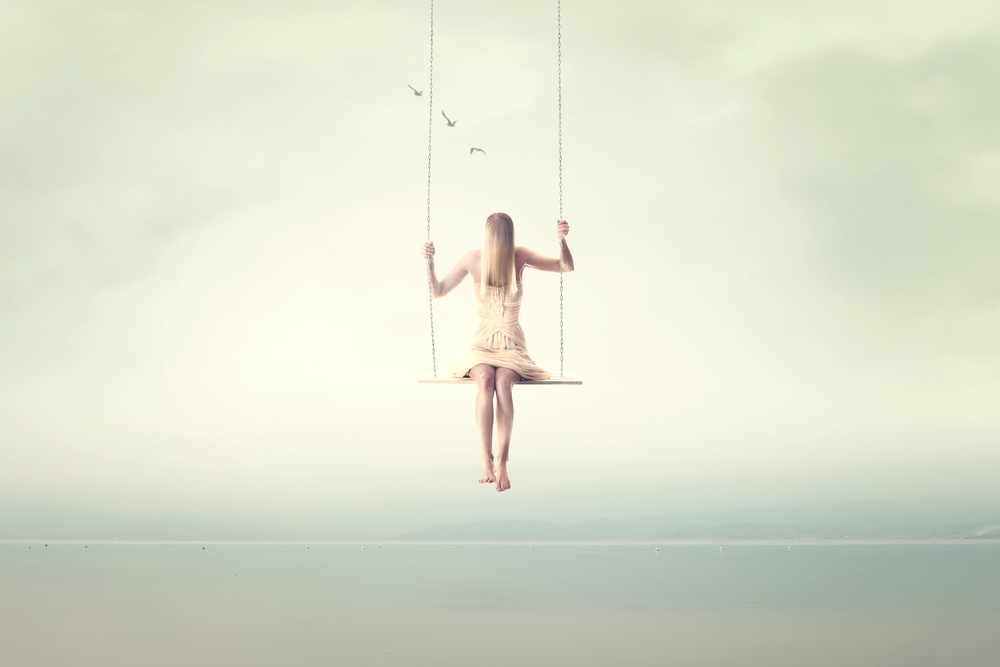 “Underestimating the importance of this first Leonine chapter would be a mistake. An out-of-sign square with Uranus at 28 degrees Aries suggests that the present moment is pivotal in helping us break with the remnants of tradition and conditioning that still keep us from reaching intellectual, emotional and spiritual emancipation. It’s a defining, necessary step that we’re required to take, but one that will largely reward us nonetheless. Growth and self-fulfillment are rarely found within the comfort zone, or in the shadow of someone else.”

The other closest aspect in the sky at the time of the Leo New Moon is the faceoff between the love goddess Venus and dour Saturn. Saturn counsels restraint in how you seek to meet your desires. (And, with Sun and Mars, the two fieriest planets, teaming up in a fire sign, you might be grateful for any voice of reason).

“Here's something that can help – a Venus/Saturn opposition (across the Gemini/Sag axis) will be applying on July 23 and perfecting on July 24. This is restraint and enforced choices about what you want/love. It's also a culmination, and it can go well for you if you approach the whole deal with maturity. I think this will be a nice counterbalance to the New Moon.”

Beyond the movements of the planets, astrologers consider other details about how the sky appears at the moment of the lunation. A few of the most popular include things like the fixed stars or asteroids near the New Moon, degree meanings or the Lunar Zodiac signs.

“The New Moon is closest to fixed star Aludra, which technically is still in Cancer decan 3. Aludra falls in the tail of Canis major, the greater dog. Manilus says of Canis Major in general ‘it will fashion unbridled spirits and impetuous hearts; it will bestow on its sons billows of anger, and draw upon them the hatred and fear of the whole populace.'”

Each astrological sign can be divided into three sections, known as decans (10 degree divisions of the Zodiac). Again, Marina Macario explores the Leo New Moon in the Leo’s first decan.

“The New Moon in Leo decan 1 carries with it a theme of ancestral connections. … Breaking out of any undesirable infantile behavior patterns will be hard work at this time. On the positive side, a New Moon in Leo decan 1 has an almost religious reverence towards the older generations. This ancestral connection brings our spirit guides closer to us. It’s comforting to feel someone has your back and this gives one greater confidence. The negative side of this New Moon could dredge out all the nasty family skeletons and ignite some bitter family feuds. On the positive side, this could be an amazing time to find and reconnect with long-lost and missed members of your family clan.”

The Sabian Symbol for the first degree of Leo is: “Blood rushes to a man's head as his vital energies are mobilized under the spur of ambition.”

In his commentary on the Sabian Symbols, Dane Rudhyar writes: “The realization of atman, the spiritual self, [requires] the existence of a formed and steady ego. [This occurs] provided the ego can become a lens of pure crystal focusing the all-pervasive cosmic light of the Brahman without introducing the shadows of pride, possessiveness and showmanship. But this ‘provided' raises a very large question. The transmutation of ‘life' into ‘mind' is a difficult process.”

The Leo New Moon falls in the 10th Lunar Mansion, which the Arab Astrologers called Al Jabhah. I nicknamed it “The Lion” for short.

This Mansion is the perfect time to peruse activities that “dispel sadness and inspire courage.” Things to do? Be brave. Seek to improve your situation. Tackle tasks that require courage and strength. Take healing remedies.

In contrast, don’t hide under the bed and wait for someone else to rescue you. The trick with this mansion is to take your own actions to improve your situation.

During this Leo New Moon, there’s no room for self pity. Instead, embrace – even celebrate – the uniqueness of who you are, and what you offer the world. If your world feels to confining for who you are becoming, it’s time to make your world a bigger place. 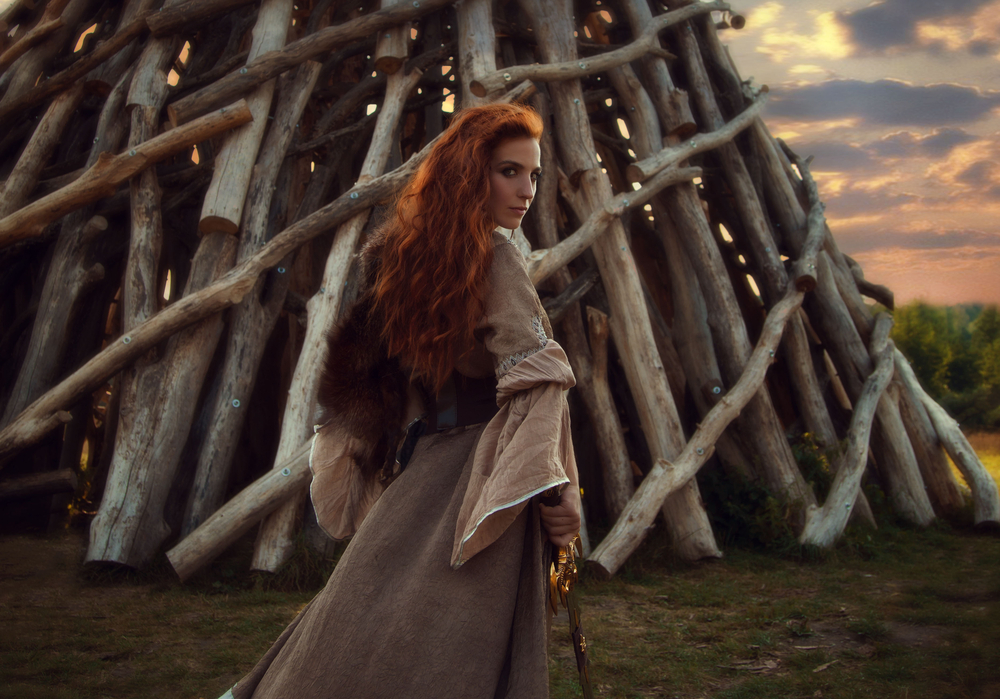 Our acclaimed Year of Astrology membership program is open for a brief 5-day window for you to sign up before Sunday's Leo New Moon forecast with the Leo King. Join here!