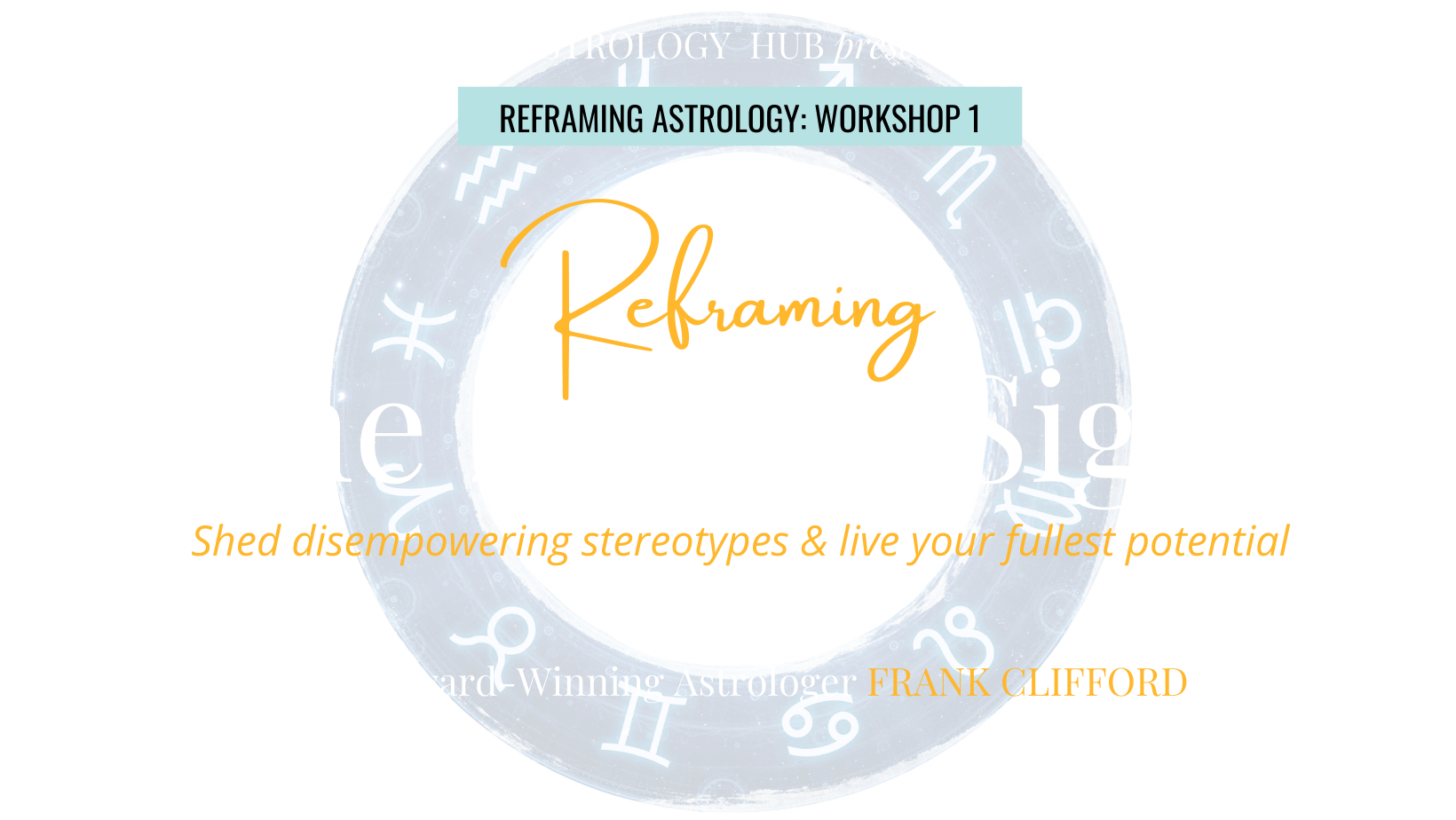 Join us for REFRAMING ASTROLOGY:

Have you ever felt shamed or discouraged when learning about your Sun sign? Maybe you’ve heard things like:

"Scorpio is brooding, secretive and manipulative..."

"Capricorn is cold, rigid and controlling..."

The list is endless! But the truth is, while the tendencies for these qualities may exist, there are many facets to every zodiac sign and a vast range of expression for each energy.

And the best part is... you have a CHOICE when it comes to how YOU want to show up. And knowing what your potential is can help you live up to it!

In this 2 hour workshop with Q&A, you'll learn:

Frank will also help you:

Are you ready to shed disempowering beliefs and step into a new view of yourself that honors you truly are?

IC Member Price: $37 (check your membership for the IC coupon)

“Brilliant astrology. Thank you Frank. You are so very empowering - how wonderful to hear you talking about how to navigate and negotiate the ripples, eddies and flows of challenging times. You reminded me to be kind to myself. Xoxo” -Bridie C

“Frank’s take is so enlightening and encouraging. Honestly, my jaw hit the floor at the accuracy... He got to the heart. Excellent insights from Frank, thanks for such a great resource.” 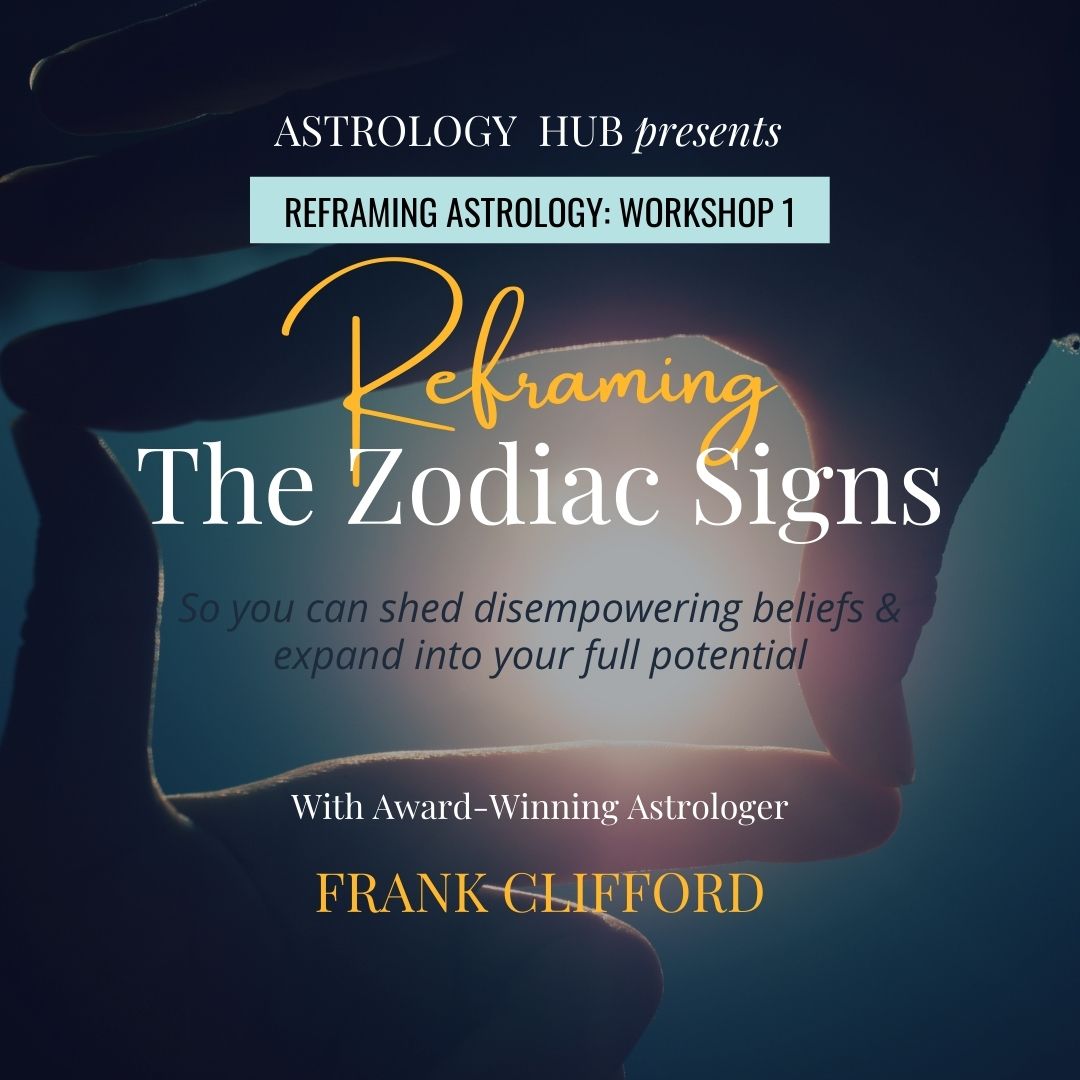 If you can't make the live event, no worries! The recording will be made available within 24 hours and you'll get lifetime access to the workshop to revisit at your own pace!

A whole new perspective on your Zodiac Sign that will feel refreshing, affirming and empowering (Priceless!)

An independent, creative force in the astrological community for over 30 years, Frank Clifford has built an eclectic career in astrology, palmistry and publishing. He has written a dozen books (including his book Getting to the Heart of Your Chart) been a Sun sign columnist, a consultant for clients and businesses, a researcher/compiler of birth data, and a publisher of over 35 publications.

He regularly writes for various magazines and guest edits The Mountain Astrologer. Frank lectures all over the world and runs online courses with the popular London School of Astrology, which has branches in China (New Moon) and Japan (ARI/LSA Japan).

Back in 2012, at age 39, Frank became the 13th and youngest recipient of a Lifetime Achievement Honor, The Charles Harvey Award, for Exceptional Service to Astrology. Past winners include Liz Greene and Robert Hand. In 2016, Frank received a writing award from ISAR and two years later was honored with a Regulus Award nomination for Enhancing Astrology’s Professional Image. 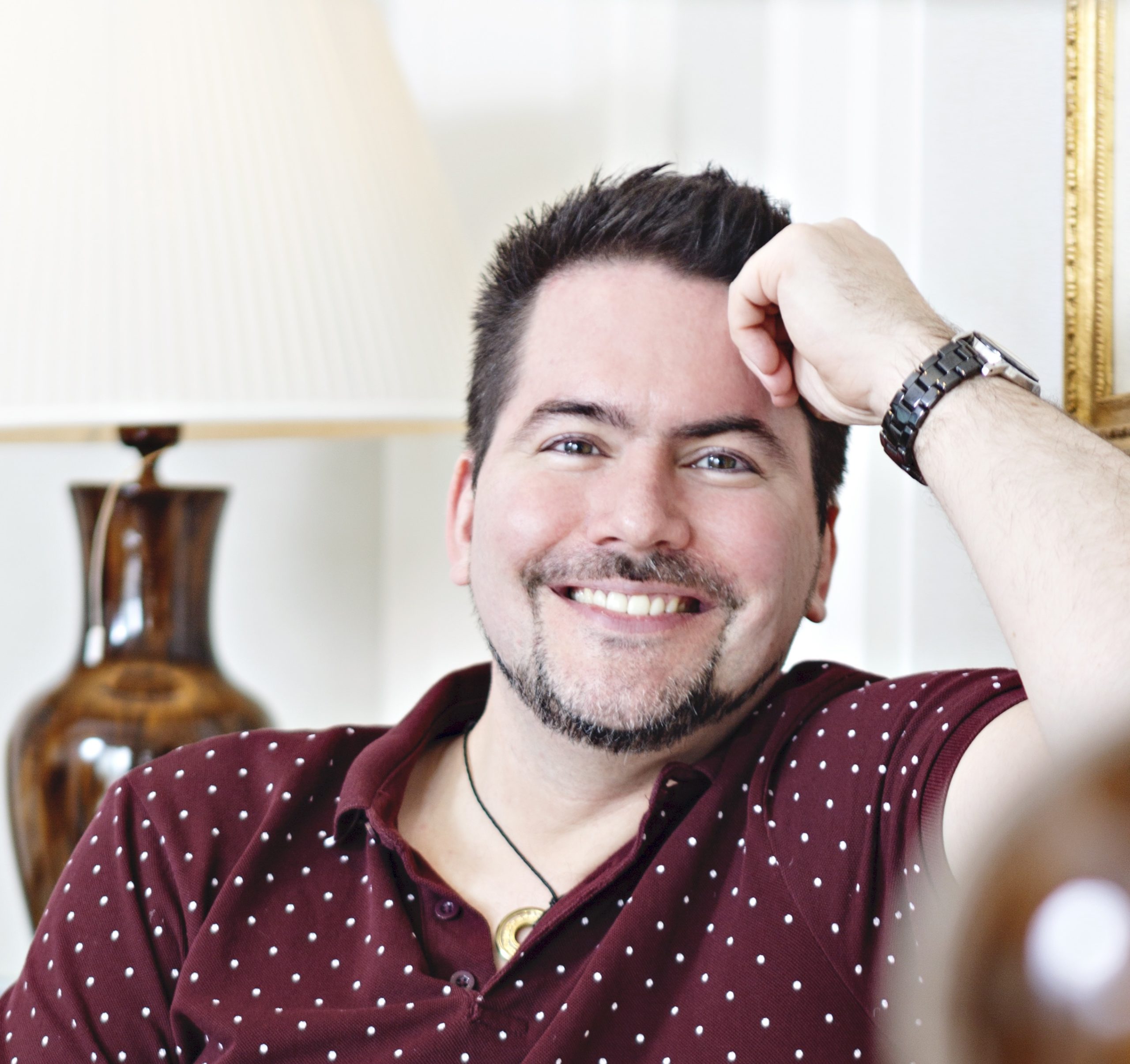 What Students Are Saying...

“Frank, I’ve enjoyed learning from you so much and resonate with your caring approach and wonderful breadth of knowledge. Thank you so very much!”

“Frank thank you for your expertise. I have such a deep appreciation for your perspective in regards to approaching a reading from a co-creative intention. You have a beautiful presence.”

ENROLL NOW FOR $47 ($37 for IC Members)
We use cookies on our website to give you the most relevant experience by remembering your preferences and repeat visits. By clicking “Accept All”, you consent to the use of ALL the cookies. However, you may visit "Cookie Settings" to provide a controlled consent.
Cookie SettingsAccept All
Manage consent